International Motors, distributor for Subaru, Isuzu and Great Wall vehicles in the UK, has appointed Darren James as its new managing director for Subaru UK. 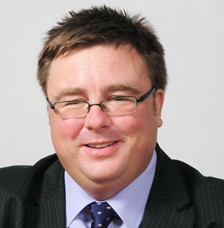 James has been promoted from his previous role of director for parts and service after being with the company for over 20 years.

James takes over from Paul Tunnicliffe who has taken on the new role of UK operations director.

In his new role Tunnicliffe heads up each of the three IM Group franchises at board level, and takes on responsibility for IM Group functions including dealer development, distribution and aftersales.

Both appointments take effect from August 1.

Before directing the parts and service team from the start of 2010, James held overall responsibility for the imports operation from 2006, and was appointed logistics director in 2008.

James said: “We have some immediate challenges to face but we have some great opportunities ahead of us too with a number of new vehicles to launch, a fantastic dealer network and terrific brand loyalty among our customers.”

Subaru is planning to launch into new vehicle segments over the next 12 months.

The launch phase begins with introduction of the C-segment XV crossover at the start of 2012, followed by the launch of a new Impreza 5-door and then a new Coupe in the spring.

Subaru UK’s announcement comes as Fuji Heavy Industries, parent company to Subaru Automobiles, revealed its five year plan for the company. FHI’s ambition is to cement Subaru’s position globally by increasing annual sales by 40% to one million units within the next 10 years.

Significant growth is forecast for the US and Chinese markets while growth in the European markets is forecast to increase from 50,000 to 60,000 vehicles.

In addition to the three new cars due for launch next year, the product line-up will be bolstered by the introduction of a further three models before 2016. A hybrid is also under discussion, but no further details are currently available.

Subaru said it has also been working on the environmental efficiency of all its engines so that an average improvement of 30% in fuel economy will be achieved in all models.

Subaru’s production facilities will also be expanded as the company plans to begin producing cars in China. Meanwhile, the main Japanese plant in Gunma will get a refurbishment while the Oizumi engine plant will be expanded to cater for increased Boxer diesel engine production.