Morgan teams up with technology consortium to develop EV model

British car manufacturer Morgan is teaming up with a consortium of technology specialists to develop an electric model. 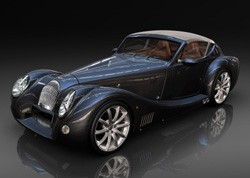 Both will be based on a development of Aero Supersport’s aluminium chassis with the 4.8 litre BMW V8 replaced by a new derivative of a Zytek high power-density electric powertrain.

An unusual feature of the vehicle will be that drive from the electric motor will be linked to a standard manual gearbox.

The collaborative research and development project is being part-funded by a £100,000 grant from the Niche Vehicle Network CR&D Programme, which is managed by CENEX to provide support and grant funding to groups of companies active in the niche vehicle sector.

Steve Morris, Morgan operations director, said: “This is an exciting investigation into the potential for a zero-emissions Morgan with near supercar performance.

“By working closely with Zytek and Radshape, who already have considerable expertise in this field, we aim to make this a realistic concept that could lead to further developments if demand and other factors prove favourable.”

Zytek’s first experience with a high-performance electric sportscar was back in 1997 when it converted a Lotus Elise to electric drive. The design led to engineering programmes with Chrysler and General Motors, closely followed by a long-term relationship with Daimler to develop and build electric powertrains for the Smart Fortwo ed (electric drive).

The prototype Morgan will use a new derivative of Zytek’s proven 70kW (94bhp) 300Nm electric powertrain. Power will come from a lithium-ion battery pack.