Jaguar network must look to other revenues 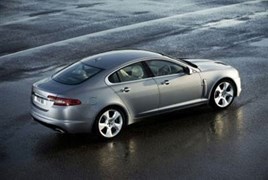 Putting four-cylinder power under the bonnet of Jaguar’s most popular car is expected to boost sales by more than 10% next year.

But dealers will still be required to develop other revenue streams to achieve the higher turnover they need to operate successful businesses, believes Jaguar UK managing director Geoff Cousins.

“There’s no doubt that throughput will improve for dealers as our new 2.2-litre turbodiesel engine drives the XF model into the heart of a segment we have not competed in for a long time.

“However, we have dominated the V6 segment of the market with the XF for the last three years and we need to run retention programmes to try to keep sales of V6 three-litre versions as high as possible.

“This is important because margins are higher on the V6 cars and these need to be protected. And while we have a fairly narrow product line, used cars are also represent an important part of our network business and I think the outgoing 2.7-litre XF is now a very good used vehicle to have on the forecourts,” Cousins told AM.

He revealed the Coventry company was ‘looking again‘ at how its network could retain customers with cars between three and seven years old and said he believed dealers also had an opportunity on service absorption.

“Last year our sales were up by 32 per cent to give us a solid foundation for the future. We’ve had a good first quarter this year, but have struggled as the economy flat-lined. Market conditions mean we’re having a tough run-out of 2011 model year product but it will be done by the end of September.

“Our new 2.2-litre diesel engine gives us a sexy-looking Jaguar that does more than 50mpg with low emissions and I’m expecting a sales increase of at least 10 per cent next year,” he said.