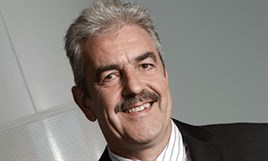 Land Rover dealers are completing the biggest overhaul in showroom infrastructure for more than a decade in preparation for the launch of the Range Rover Evoque.

The end of June this year was the cut-off point for retailers to be bringing outlets up to what the firm calls ‘21st Century Land Rover’ minimum standards.

Colin Green, MD of Land Rover UK, explained: “It’s a level of décor, furniture, tiling, lighting and signage, and some dealers have been spending up to £250,000 on that.

“It’s been a really big refurbishment programme, the biggest since we launched the original Freelander in the late Nineties.

“Evoque is going to be incremental business and there are other new models to come, so now dealers are set up for the next few years.”

Future launches include an all-new Range Rover, due next year.

Another change sparked by the Evoque – on sale from September – is the likelihood of younger customers, families and more women visiting dealerships.

“It would be wrong to say we’ve done specific training on gender or dealing with younger customers and families, because we haven’t.

"But we have talked a great deal about the new type of customer that Evoque is going to bring in.”

Green said there was massive enthusiasm for the car across the network.

“We did a dealer ride and drive programme recently and the reaction was great. They love the car and the way it performs and are sure it’s going to be a great success.

“We’ve worked hard with the RV people to make sure it will ‘residualise’ well.

That’s good for the customer because they know they will have something that will hold its value, and good for dealer because it helps them sell used cars,” he said.

The UK is expected to the biggest market globally for the Evoque.

Green also confirmed every one of the brand’s 119 UK dealers is profitable, and has been since the start of the year.

“It’s been improving constantly since we introduced the 10MY product.

“Last year was a good year for recovery because through 2008/9 they had got their cost structures sorted out. They had good cars and were selling at good margins.

Some are doing upwards of 4-5% return on sales, and that makes it among the most profitable franchises in the country.”