Ford Focus gets an Ecoboost 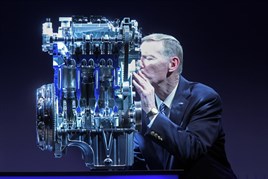 Ford has updated its Focus engine range with a 1.0-litre EcoBoost petrol which offers the same amount of power as a 1.6-litre naturally aspirated engine.

The new engine is available with two power levels – in the five-door Focus at 123bhp it delivers 56.5mpg and 114g/km CO2.