Ratings gamble pays off for BMW 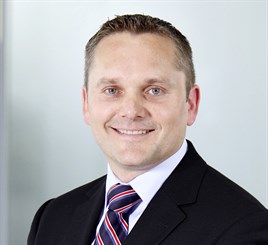 Twelve months after it was launched, the innovation that allows motorists to track the performance of their dealers has produced ‘massive’ improvements in customer satisfaction, claims BMW UK sales director Sean Green (pictured).

“We have seen a cultural shift in the mindset of our dealers and the results of our five-star ratings system are fantastic.

“Nowadays, the first thing we talk about with dealers relates to customers, not numbers – and they are noticeably more interested in what their websites carry in relation to comments from customers, what’s positive about their business and the things that need to be fixed.

“As a result of this system, everybody from the guy who cleans the cars to the dealer principal is now focused on what needs to be done to make customers happy,” said Green.

Speaking to AM as the company forecast further growth in 2012 despite continued tougher trading conditions, Green described the rating system as a gamble that had paid off.

“Our dealers understand that this is the way to delivering more cars and achieving greater profit – it’s as simple as that.

“Star ratings have taken a massive upward shift on sales and after-sales at an average of 4.5 and 4 respectively and we are now more focused on our customers than we have been in the last 30 years,” he said.

He claimed that despite losses in used car sales and a 10% drop in bodyshop business, dealer profitability remained healthy through-
out 2011.

“Compared with other brands, we are still in a healthy place and while the next six months are going to be tough because we’re still in
a recession, I think the Olympics will have a positive effect. I think sales will come back up in the second half of 2012.

“We will have 4,000 vehicles involved in the Olympics and this will be a major opportunity because we will be showcasing BMW’s sustainability credentials in the biggest event in the world,” he said.

Green said a strong balance of corporate sales had compensated for a fall in retail sales.

“This is a big improvement in a difficult climate.”