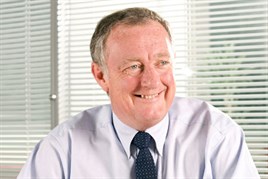 The car business needs to keep a wary eye on David Wild, the accomplished retailer who has been running Halfords for three years. He has set his sights on car servicing as a new, strong revenue stream.

Wild has impressed investors and stock analysts since taking the helm at the national retailer. In November he disclosed that the subsidiary Autocentre had been growing market share in car parts and servicing.

The business is six months into a re-launch.

Wild has exemplary credentials. He is a Walmart man and has also been in charge of development for Tesco.

He has been very open about his ambitions for the group: he is going to extend Halfords’ product range and services.

He is going to ‘invest in our store portfolio’ which means both opening more and improving what they already have.

He is going to have a blitz on cost control to ensure that he is all battened down for the battle ahead. And finally, he promised to “leverage our brand into multi-channel”.

He is already taking business from car dealers and repairers and promises to do more. “We have had significant improvement in fitting bulbs, blades and batteries.” That is in addition to the staple of fitting roof-boxes and audio which were up 11%.

Cycle rails and carriers bring in car customers. Halfords is establishing itself very firmly as a cycle sales leader.

It is also heavily engaged with aftermarket satellite navigation – a business that has been slow to offer installation.

Wild is pushing modern web contact with customers. He is launching a shopping app and making sure that the web sales site can be accessed by mobile devices.

The Autocentres’ reactivation has majored on tyres to start with. “We have been working for a year to grow our tyre sales. We have invested by training staff, buying equipment and advertising the service. We’re very pleased to see a significant increase from a very low base in the tyre business.”

There has been a heavy gamble in opening a brakes business. The campaign has been dubbed Brakes for Life and is for customers who want their brakes changed. “It is a loyalty and retention offer,” said Wild.

He sees this as an extremely fragmented business with a lot of opportunity. He is planning to open new Autocentres with a full range of fitting services.

To oversee the parallel development of Halfords and Autocentres, the group is opening a shared financial centre in Redditch which will make sure it can deal with the cost of growth more effectively.

“The most important component of our Autocentre strategy remains the leveraging of the Halfords brand. It’s quite clear from the numbers that Halfords is gaining traction in the aftercare market,” he said.

There has been a media campaign to give the group better visibility, but there is still a way to go.

Back in February, the company ran a radio campaign and online bookings for the workshops shot up 60%. Wild does not celebrate the success.

He is more interested in what is left to be done: “Our brand awareness has doubled over the course of the last six months, but is still only 33%. So our marketing director has got another 67% to go,” he said provocatively.

The marketing director has already come up with some canny ideas.

He started a radio advertising campaign in September to focus on the ‘three Bs’ – brakes, batteries and bulbs. It has been wound together with Castrol oil, the market leader. Castrol Magnatec is being offered at £17.50. The idea worked well.

Of mixed benefit was a plan to sell a sat-nav with Jeremy Clarkson as ‘the voice’. Three weeks after it went on sale the BBC decided to ban it.

"Keen as ever to turn disaster to advantage Wild said: “We have been very pleased with the publicity that we received.”

Wild has done a recent store assessment and reached the conclusion that in most towns he has got the right number, but they are too big.

In some towns there may be too many stores (except London) but mostly the problem is too much total floor space.

This is not something that the board will want to maintain while it is building online sales.

“Our market share in London is significantly lower than it is in the rest of the company. So the London initiative is an important part of us penetrating that market more successfully.”