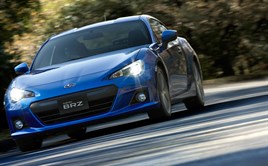 The European Commission have given the green light to open free trade agreement (FTA) negotiations with Japan.

A free-trade agreement (FTA) could eliminates tariffs, import quotas, and preferences on most (if not all) goods and services traded between the EU and Japan.

The negotiations could take years but European manufacturers have argued against an FTA with Japan due to what they believe will be a negative impact on sales as it faces increased competition from overseas.

Ivan Hodac, European manufacturer body ACEA secretary general, said: “Independent studies have shown that this deal is a one-way street as far as the automobile industry is concerned.

“This has already been our experience with the free trade agreement with South Korea which entered into force last year.”

The EU entered into an FTA with South Korea in July 2011 and is the first trade deal Europe has done with an Asian country.

-The FTA with South Korea eliminates tariffs for industrial and agricultural goods in a step-by-step approach.
-In addition to eliminating duties on nearly all trade in goods, the agreement addresses non-tariff barriers to trade.
-It also includes provisions on issues ranging from services and investments, competition, government procurement, intellectual property rights, transparency in regulation to sustainable development.

The ACEA quoted figures from Deloitte which show there will be an estimated increase of just 7,800 units to Japan from the EU by 2020, in comparison to an increase of 443,000 units to the EU from Japan.