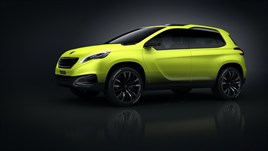 He said the recently launched 208 is finding custom from people coming out of Ford Focus-sized cars, and the 2008 B-segment crossover due from mid-2013 is expected to play a similar role for motorists exiting their 4x4s.

He predicted a stable UK market for 2013, but with some continuing trends of downsizing as consumers seek better fuel efficiency.

The network has seen that Peugeot is making progress in its products and in its brand, and sales margins are improving, he added.

“The network will make a profit overall this year, and in the first three quartiles they will do better than last year,” he said.

“Next year will continue to increase their retail margins with a full year of 208 sales, plus the sales mix has improved.”