Analysis: Ford cuts first, but who will follow its lead? 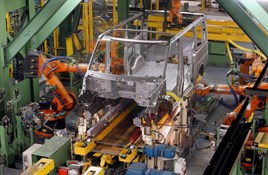 In early 2008, Ford of Europe was making more than £100 million profit a month, and its biggest problem was squeezing cars out of its overloaded factories.

In 2012, it is losing approximately £80m per month and its biggest problem is closing unwanted plants.

That sounds bad enough, but the really worrying thing is that the fall has absolutely nothing to do with weak products. Pretty well all of Ford’s problems stem from the Eurozone crisis.

Ford has a history of being ruthless when it feels that Europe needs pruning, as witnessed by the ending of car production at Dagenham in 2002.

That does suggest that it is simply one of the first manufacturers to react to the current crisis.

It will be hoping that others will follow its lead: Renault and Fiat would probably like to close a major factory each, Peugeot is unlikely to stop with the closure of Aulnay, and GM’s announcement of the closure of Bochum in 2016 barely counts as tokenism, let alone a solution.

The nightmare scenario for Ford is that it takes all the heat and the costs of factory closures, but no-one follows suit. The result would be almost the same overall level of over-production as now, and a never-ending price war.

Looking around the European industry, Ford is actually one of the less badly-injured companies. It has a good product line-up, with plenty more cars in the pipeline, and it is potentially profitable post-2015. In the meantime, its US operations are making big money, so it can afford to weather the storm.

General Motors Europe has lost money every year since 1999. It never made the production cutbacks that enabled Ford to rack up European profits in the good years.

Now it effectively depends on the American taxpayer: the US government is a big shareholder in GM. Some people are suggesting that GM could raise its share price by closing Opel and Vauxhall, which might be an attractive idea to a cash-strapped government.

PSA Peugeot Citroën is in the unenviable position of knowing what it has to do, but having a government that is horrified by its plans – and is simultaneously underwriting its finances. If it does close Aulnay, and subsequently a factory in Spain, it will be very small by global standards.

That is why it is talking about joint ventures with GM Europe – a partnership for recovery or two drunks leaning against each other for support?

Renault can survive indefinitely on the back of Nissan’s profits, but CEO Carlos Ghosn did not go from Japan to France to run an aid-junkie. He has much bigger plans including a huge bet on electric vehicles. It is clear already that if they are to come good and take 10% of the market by 2020, as Ghosn has forecast, the technology will have to make the most astonishing sprint finish.

Meanwhile, Fiat is in the unprecedented position of depending on Chrysler for profitability. The idea that Chrysler, the car company with more near-death experiences than Doctor Who, could become a financial saviour is surely the strangest of all developments.

However, Chrysler’s profits do not alter the fact that Fiat is now effectively restricted to the city-car segment in Europe and is cutting investment in new product. If Fiat really can use Fiat-Alfa-Chrysler joint platforms to re-emerge in the mid-market, it would complete the unlikeliest of recoveries.

One other aspect of Ford’s announcement is deeply troubling for Western Europe. The only new car factory Ford has opened in Europe in living memory is Craiova in Romania for the B-Max.

That explains the visceral horror of the French government to job losses in one of France’s biggest industries: where will the next generation find jobs if no car factories are recruiting?