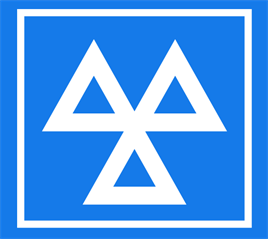 The Government has confirmed that the frequency of the MoT test will not change as part of its wider review of vehicle testing in the UK.

The Government first announced its intention to look at changing the MoT test to a 4-2-2 system 18 months ago in order to bring it in line with European rules.

In a written ministerial statement this morning, Transport secretary Justine Greening said: "Having listened closely to the very many views put forward and considered the available evidence, I have decided that I am not going to carry out further work in relation to relaxing the first test date or the frequency of testing.”

However, the DfT will be looking at other areas of vehicle testing.

Data from the Vehicle and Operator Services Agency (VOSA) has shown that more than a quarter (27.7%) of vehicles tested in 2010-2011 had one or more car defects that were either missed by MoT test centres or incorrectly assessed.

The VOSA data also showed that the roadworthiness of one-in-eight cars (12.4%) was being incorrectly assessed by MoT test centres.

As a result, the Government has said it will work with industry, motoring organisations and consumer groups to focus on the reliability and standards of garages.

The Government has said it will:

-Shine a light on the performance of MoT testing stations by releasing hitherto unpublished VOSA survey data on whether the sector is complying with test standards.

- Work with motoring organisations to find out what problems motorists experience and enable them to share examples of good customer service – in particular to find ways to make it easier for customers to give feedback on their experiences of garages in a way that others can see – potentially in the manner of existing online hotel and restaurant review websites.

- Encourage the take up of industry codes of practice – and expand them to include MoT testing – so that customers can find garages signed up to schemes delivering the highest standards and take action if they have not received the service they expect.

- Help motorists to spot “clocked” second hand vehicles, by changing MoT certificates so that they carry the last three years’ mileage information as well as the mileage on the day of the test, and encourage car buyers to check full MoT histories using the online MoT database.

- Arrange “mystery shopper” tests to help improve performance in addition to those already carried out by VOSA.

“It is positive that after much speculation that MoT frequency will not feature in the review. The RMI have always been against any change to MoT frequency on the grounds that it is unnecessary and poses considerable safety issues.

“By retaining the current system the Government has cut the risk of the additional road deaths and injuries that would have potentially occurred with a move to less frequent testing.

“The RMI along with other trade bodies have been engaged with the DfT for some time on the wider issues around the current test and continue to view the review as a positive step. There are many areas of the MoT that could be improved and we have been in discussions with the DfT to air our views on what positive changes could be made.

“We will continue to work with Government throughout the review to ensure the interests of our members and consumers are best represented.”