Dealers to take on Three Peaks challenge for BEN 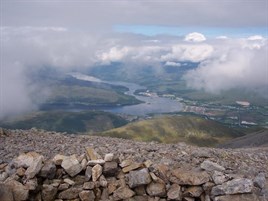 Teams from Pendragon and Inchcape will take on the Three Peaks 24 hour challenge on June 16 and 22 respectively to raise money for BEN, the automotive charity.

Inchcape has put together eight teams, representing each of its brands, a team of retail support staff and a team comprised of volunteers from across all brands who will climb as part of the CEO team. Inchcape hopes to raise £10,000 for BEN.

Pendragon has put together a team from Porsche Centre Wilmslow called the “The Stratstone Porsche Pie-oneers” consisting of sales executives Dean Robinson, Gavin Bailey and Stuart ‘The Driver’. When asked about the team name, Robinson said: “We are going under the name of The Stratstone Porsche Pie-oneers because we were more likely to be eating Pies than pioneering mountains.”

The Three Peaks Challenge takes on the highest mountains in Scotland, England and Wales and covers 40kms, involves climbing 3,400m and traveling more than 556 miles between the locations.

Kerry Howard, Inchcape’s head of internal communications, said: “Following the success of our fleet division completing the Three Peaks last year, we thought we would make the challenge bigger with the CEO setting a challenge across the UK business, raising vital funds for BEN, the automotive industry charity.

“As a result, we now have 100 members of staff who have signed up to complete the challenge on June 22, 2012. Each team is now in training and the competition is fierce.”

Kelly Neal, Events Manager said, “BEN appreciates the efforts people go to in their attempts to raise funds for the automotive industry charity. Completing the Three Peaks Challenge will be a great achievement – we wish the teams Inchcape and Pendragon the best of luck.”

You can support Inchcape here

You can support the Stratstone Porsche Pie-oneers here.