Chief executive Robert Forrester said: “The group has successfully navigated a challenging period for the industry driven by reduced consumer demand in 2011.

“Increased profit before tax, strong cash generation and the continued development of the dealership portfolio were delivered. We saw revenues in excess of £1bn for the first time and profit momentum was re-established in the second half of the year.

“From the start of 2012, market conditions have improved in the retail car sales sector. The new car retail market has returned to growth and used car demand has been robust. The group continues to focus heavily on increasing the retention of customers in our service operations.”

The group expanded in the year through acquisitions with eight outlets opened at new locations or acquired. These generated £44m of revenue in the year and contributed an operating loss of £0.8m.

“In part this reflected the start-up nature of a number of the operations and historic underperformance in others. In addition the fact that all acquisitions in the year were acquired after the peak trading month of March also contributed to these losses,” the group said.

Speaking of his five-year plan (“I don’t talk about the short-term”) Forrester said there were acquisitions in the pipeline, reflecting the “highly fragmented nature of the sector”, and the group expected to take on more marques in a portfolio of 15 brands.

The group has closed five sales centres after its year-end - “because we would make money if we did so” - all part of multi-franchise outlets: three Renault, one Mazda and one Chevrolet. But Forrester stressed the group would retain the used car sales and aftersales business at each location.

On current trading conditions and the year ahead Forrester said March and April performance was “significantly ahead of prior year and budget levels on the back of a new car retail market in UK showing growth (9.1%) following the in 2011 and in the same months used car like-for-like volumes were 9.8%. 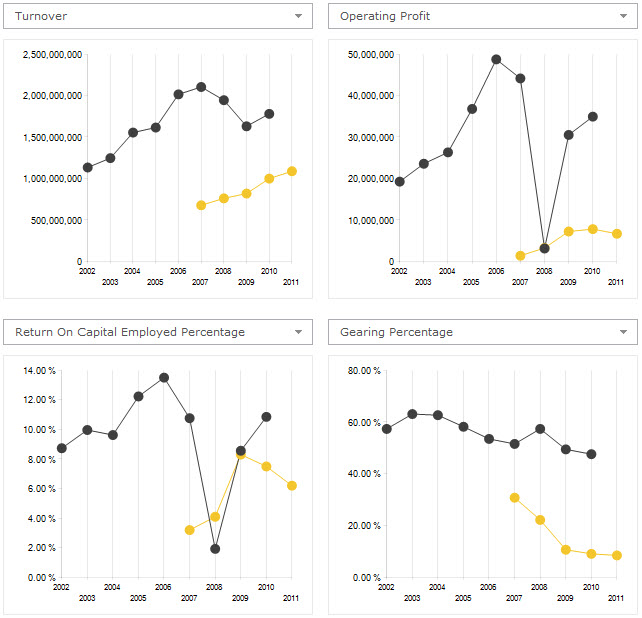 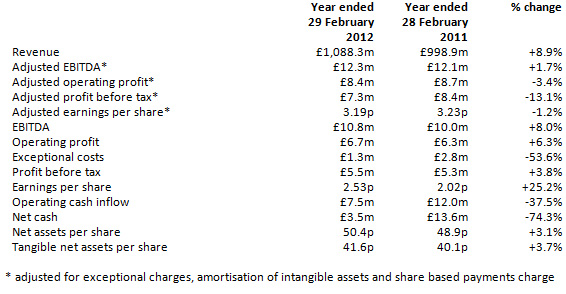 A continuation of the crisis in the Eurozone could benefit new car retailing in the UK, said Forrester. While the social and economic upheaval, particularly in Greece, is not helpful to overall consumer confidence and the banking environment, the automotive retail sector benefits from a weak euro.

“If southern Europe new car markets decline, there will be a surplus of cars that manufacturers will be very keen to see sold and with sterling strong against the euro transaction prices will be reduced here and the best place to achieve the required sales will be the UK,” said Forrester.