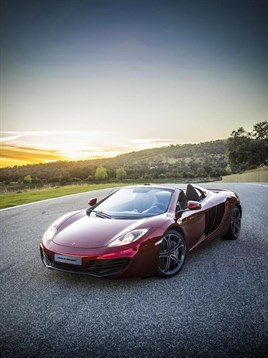 View all the new pictures of the MP4-12C in AM's gallery section.

The new McLaren model will come with a retractable hardtop and comes with a £19,500 premium over the coupe version. The roof can be operated up to 18mph and the rear window can be lowered when the roof is still in position to allow more engine noise from the V8 into the cabin.

There are three UK McLaren dealers in the UK, Jardine Motors in London, Sytner in Manchester and Rybrook in Birmginham.