Cambria Automobiles' directors have asked shareholders for their approval of a share 'buy back'. The AM100 group, led by Mark Lavery, has called a general meeting on September 27 to consider the proposal.

It comes after one of Cambria's shareholders Promethean decided in August to distribute its 33% shareholding. The date for the distribution was last Friday. The value of the shares was 10p.

cambria directors want to buy back some of these shares in order to prevent them coming on to the market, "overcrowding" it, and depressing prices.

They were given approval in January at the last AGM to buy 10%. The goal is now 15%. However, under a trading law called Rule 9 Mark Lavery and his wife Nicola, who own a major stake in the firm, would have to make a cash offer for the other shares in Cambria. At the AGM shareholders will be asked to waive this requirement.

A Cambria statement said: "The board believes that a number of the Promethean shareholders probably are not long term holders of the ordinary shares and that in the short term this has the potential to cause an overhang in the market thereby depressing the share price.

"In appropriate circumstances, the board seeks to buy ordinary shares in the market to enhance share liquidity in the short term."

The minimum price will be 10p.

"The board is mindful of the financial impact a share buyback may have on the company. It has conducted a thorough exercise with regards the capital requirements for the business and its prospects and funding available, whilst also taking into account the merits of providing greater short term liquidity for ordinary shares."

If the buy back authority was given the shareholding of the interested parties would be:

Cambria also issued a trading update stating that its profitability in the second half of the financial year was "in line with the board's expectations" and it remains confident of future performance over the medium term. 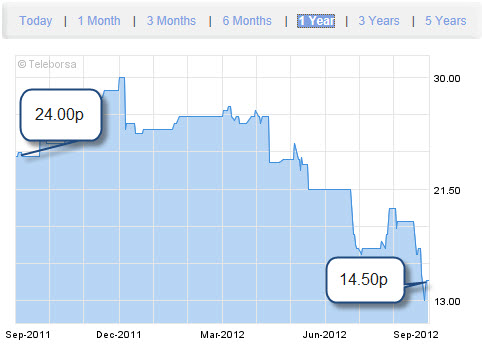