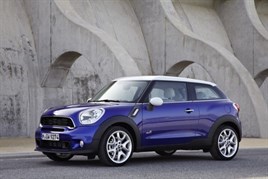 The Mini family will number seven from March with the launch of the Paceman, a coupé version of the Countryman.

Four versions will be available when it arrives in showrooms next spring, including the Mini Cooper S Paceman which will have a 0-62mph of just 7.5 seconds. The seventh model will join the hatch, Clubman, convertible, Countryman, coupé and roadster.

Built on the Countryman platform, the Paceman customers will have the choice of four powerful four-cylinder engines, two petrol and two diesel. All come with a six-speed manual gearbox, or the optional six-speed automatic with Steptronic function for manual control. 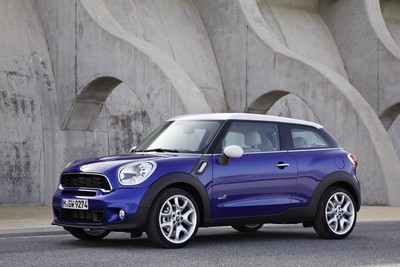 The All4 four wheel drive system is available on the Cooper D, SD and Cooper S Paceman, models. A John Cooper Works Paceman version is in development.

Driver aids include Dynamic Stability Control (DSC) as standard across the range, with Dynamic Traction Control (DTC) including Electronic Differential Lock Control (EDLC) on the MINI Cooper S Paceman, Cooper SD Paceman and Cooper D Paceman ALL4. Light alloy wheels in 16-inch and 17-inch sizes are standard, with 18-inch or 19-inch on the options list.