Presenter and cabaret confirmed for AM Awards 2013 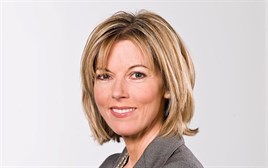 Mary Nightingale will be the host at this year's AM Awards and Kevin Bridges will be providing the entertainment after the ceremony.

Nightingale has twice been named Newscaster of the Year as anchor of ITV's evening news. She has also presented several Budget and election night specials.

Bridges first rose to public prominence on Michael McIntyre's Comedy Roadshow. He has already embarked on a sold out UK tour, including a gig to 10,000 of his fellow Glaswegians.

The entries for the AM Awards 2013 are in and now the auditors, MSX are traveling across the UK to carry out the essential element of the awards' process, the audit.

The AM Awards are taking place on Wednesday, February 20, 2013 at the International Convention Centre in Birmingham. To book your places, visit www.am-awards.co.uk, email nicola.baxter@bauermedia.co.uk or telephone 01733 468289.