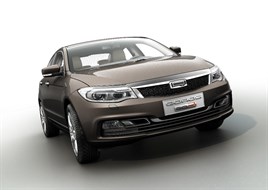 Qoros, the new Chinese car brand, has revealed its new small C-segment saloon GQ3, which will be heading to Europe later this year.

Volker Steinwascher, deputy chairman of the management board at Qoros, said: “During the development of the Qoros GQ3, we directed all our efforts towards the needs and expectations of today’s young, aspirational customers.

“They are very sensitive about design and quality, are highly sophisticated users of technology, and insist on the very best safety standards. As an entirely new brand, we have the advantage of being able to focus our efforts, without compromise or distraction, on meeting the demands of these customers.”

The new model will make its world debut at the Geneva Motor Show from March 7 with sales starting in China in the second half of the year in 2013 and the first cars arriving in Europe in late 2013. No decision has yet been made on whether there will be right hand drive models coming to the UK.

Qoros is planning to expand its range with more family cars and all of them will follow the three character naming structure like the GQ3.

The first letter designates the body style: all sedans will carry the first letter 'G‘.  All Qoros models will feature the second letter 'Q‘ – a reference to the 'master‘ brand. The third digit will always be a number and indicates the segment in which the model range sits. The number '3‘ denotes that the model is in the compact / C-segment.

After its world premiere in Geneva, the Qoros GQ3 will be exhibited at the Shanghai Motor Show in April 2013.