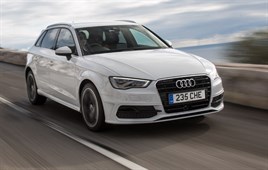 Recovery in the German car market is likely to end the cheap new car bonanza that has benefited hundreds of thousands of UK motorists this year, according to CAP Automotive.

This year has seen British motorists enjoying unprecedented deals on new cars, with a resulting increase in non-business registrations of 16.7%.

Soaring new car sales in Britain during 2013 have been spurred by aggressive price deals and other incentives as manufacturers diverted supply away from European markets that were dead in the water.

But there are growing signs that Britain’s cheap new car boom is on borrowed time, according to CAP Automotive’s chief forecaster, Dylan Setterfield.

The main threat comes from Germany, where signs are growing of a car market recovery that will encourage manufacturers to divert more supply to mainland Europe, says Setterfield.

German recovery would not only spell fewer cheap car incentives being offered in the UK but could result in longer waiting times here for certain models as production bottlenecks would inevitably arise.

Despite UK registration growth this year, manufacturers would rather sell cars in mainland Europe because changes in exchange rates have slashed the profit on every car sold in Britain over the last 12 months.

Manufacturers are also eager to meet the pent-up demand that has built across Europe since the financial crisis stopped the market in its tracks. CAP believes that there is pent-up demand in Germany for more than 400,000 new cars, while the figure for mainland Europe overall is estimated at more than 2.8m units.

To meet renewed demand from Europe, production will have to be switched to left hand drive for hundreds of thousands more cars, which will increase lead times for new car orders in the UK as production bottlenecks cause delays.

The reduced profitability of new car sales in the UK compared with Europe is revealed by CAP Automotive’s database – the largest in Britain – of new and used car prices.

Setterfield said: “Take the median, or typical, list price in our database of £25,425 and a manufacturer selling a vehicle for this price in September last year would have returned €32,086. In contrast, the same vehicle in September this year would have returned €29,646, a reduction of €2,440. This illustrates why manufacturers will divert their attention to Europe as soon as they believe the market is picking up there.

“As soon as they see the opportunity for more profitable business elsewhere, there will be a vastly reduced need to offer the kind of incentives to drive new sales in the UK that we have seen this year."

The signs are that recovery is already beginning to happen in Germany in particular. CAP tracked a stable used car market in Germany during June and July and then a usually predictable drop-off in demand and prices during August failed to materialise. This kind of behaviour in the used market is often a precursor to improvements in new car sales.

Setterfield said: "German new car registrations also look to be turning a corner. September’s year-on-year registration figures were only down 1.2% compared with -5.5% in August and many observers are now expecting a return to registration growth by the end of the year.

“Not only will UK customers see fewer deals on offer, when European recovery does gather pace, order times will increase for many models. Looking back to when demand was increasing in the Eurozone, from late 2009 until 2011 when the Euro crisis left the market in a virtual coma, lead times in Britain grew in some cases to a year or more.

“Pressures on supply could also come from Spain, where a scrappage incentive scheme has just been extended to boost new car sales. The recent extension of that scheme prompted a huge leap in September’s registration figures, although any general increase in new car demand looks unlikely in the current economic climate.

“Overall, the picture is of a potential turning point for the new car market in parts of Europe, rather than a definite and sustained recovery.

“But, given that manufacturers are so keen to do more profitable business than they are managing to achieve in the UK, Britain’s cheap new car bonanza is now on borrowed time with the only question being exactly when the taps will be turned off.”