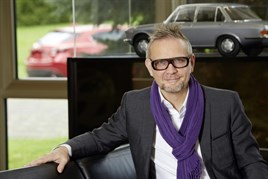 Mazda has appointed Kevin Rice as its new creative director to lead design on the brand’s European models.

The move marks Rice’s return to Mazda’s European R&D Centre in Oberursel, Germany. As senior designer from 1995 to 2000, he contributed to many proposals for future Mazda’s including the RX-8.

Rice subsequently spent 13 years at BMW, where he was responsible for the exterior development of many models including the new 3 and 4 series. He now brings this premium experience to the Japanese brand.

“He’s no stranger to Mazda, and his experience at BMW adds an extra dimension that will transfer very well to our European design activities.

“He’s certainly the kind of talent we need to lead Mazda successfully into the future.”

AM Poll
How has the COVID-19 pandemic affected your attitude or mental health? Please leave a comment
Vote
View all
532