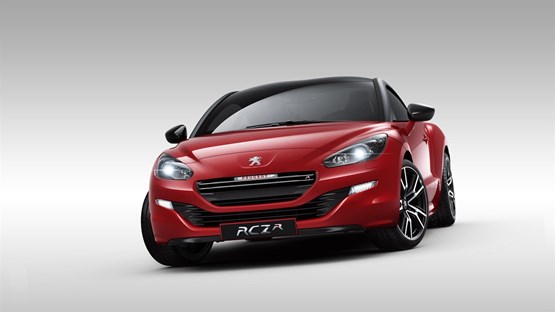 Peugeot’s new performance focussed RCZ R will be priced from £31,995 and is available to order from November 18.

The RCZ R will be the most powerful road-going car the French brand has ever sold. It will sprint from 0-62mph in 5.9 seconds and accelerate on to an electronically limited top speed of 155mph.

The new engine outputs 145g/km of CO2 and has a manufacturer quoted fuel efficiency figure 44.8mpg.

The new model also features a specially strengthened six-speed manual transmission, uprated clutch, larger intercooler and new twin-scroll turbocharger. The exhaust has also been modified; linked to the draw of the engine’s air intake, it features an enhanced ‘sound system’ to amplify the sporting character of the new RCZ R’s engine.

A Torsen differential has been added to the car’s specification to provide additional grip. The front and rear track have been widened to boost traction. Other upgrades include revised dampers settings, increased stiffness in the springs and anti-roll bar. Aerodynamic efficiency and high-speed stability have been improved, thanks to a new fixed boot spoiler which aids rear downforce.