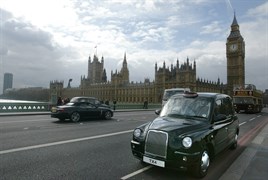 The Retail Motor Industry Federation (RMI) has asked the Government to develop tangible policies to sustain growth in the automotive industry ahead of the Autumn Statement on December 5.

In a letter to the George Osborne, the RMI has asked to see cuts to the regulatory burden on business, corporation tax cuts, business rates relief, a smooth transition from the Office of Fair Trading to the Financial Conduct Authority and apprenticeship reform.

Sue Robinson, RMI director, said: “Although it is positive to see the retail motor industry recovering from the economic downturn, we cannot afford to get complacent. The market remains fragile and it is imperative that Government develop tangible policies to sustain growth.”

What do you want to see in the Autumn Statement? Leave a comment on this article to add your opinion.

The letter from the RMI which was submitted to Government is available in full below:

The Retail Motor Industry Federation (RMI) would like to take this opportunity to make you aware of the issues affecting its members. It is vital that measures are taken by Government to stimulate growth in the economy while ensuring consumers are willing and able to spend money by relieving them of tax burdens and other charges.  The retail motor sector is one of the most important business sectors in the UK and the RMI is the UK’s leading trade federation for the industry.

The retail motor sector is one of the most important business sectors in the UK and the RMI represents approximately 8,000 businesses. Its objective is to promote and articulate the views of retail businesses within the automotive industry. The UK automotive sector generates approximately £55 billion in annual turnover and the retail motor industry employs 554,000 people in 70,000 businesses across the UK.

2012 saw the UK new car market reach its highest annual outturn since 2008, reaching 2.045 million units. Monthly new car sales have continued to rise successively throughout 2013, with sales for September 2013 reaching a five and a half year high of 403,136. Registrations for 2013 to date are currently at a rise of 10.2 per cent, which has led the industry to revise its original 2013 sales forecast from 2.1 to 2.25 million sales. Although this is positive news, 2012 figures were still 14.9 per cent below the pre-recession market in 2007 when 2.4 million new cars were sold. It is also crucial to note the relatively poor health of other sectors of the industry, such as the fleet market, where growth is considerably more sluggish than in retail – little more than 5 per cent month-on-month. The retail motor industry is acutely aware of the impact of current economic issues in the global marketplace and particularly the effect in the UK. New car sales are frequently used as a barometer for the economy and are closely linked to other key economic indicators. We are aware that registration figures hide the current fragility of the marketplace and, although new sales figures and forecasts remain positive, it is imperative that Government work to sustain and build upon this growth.

Government must continue to stimulate the economy in order to sustain and build upon the growth of the retail motor industry and other key sectors. An economic environment needs to be created that not only incentivises growth and investment but also stimulates consumer confidence and demand. To secure the future growth of the UK economy Government needs to improve employment prospects and business confidence needs to be addressed through a low and simple tax and regulatory regime that works to encourage the retention and employment of staff and also encourages business expansion. This will have both the benefit of helping businesses with tax and regulatory compliance as well as insuring that tax authorities collect what is due.

The following paragraphs set out some of the major concerns of the retail motor industry that must be addressed in the forthcoming Autumn Statement:

Cutting the regulatory burden on business

It has been positive to see Government’s continued commitment to cutting burdensome red tape and it is imperative that reforms are put into place at both a national and European level. Government must continue to work with UK businesses, the Business Taskforce and the European Commission to ease the regulatory burden in all sectors and at all levels in order to stimulate the growth of businesses and the UK economy.

The Draft Deregulation Bill must be enacted into law as soon as possible and Government must continue to address the burdensome and often unnecessary regulation imposed on businesses, starting with much needed reform of employment law and health and safety regulation.

The UK needs to ensure that it has the most competitive regime for businesses to encourage inward investment and business start up. To this end, the Government should look to reduce corporation tax rates during the current Parliament for both SMEs and larger corporations.

We have been encouraged by the reductions already introduced by Government but would urge further cuts to allow corporation tax to be in line or beneath our European competitors.

High business rates impose a significant burden on businesses and, with the current fragility of economic growth, Government should commit to freezing business rates for the foreseeable future. Business rates have been hiked for the last three consecutive years and further increases would only serve to negatively impact employment and growth.

We also encourage Government to commit to extending small business rate relief schemes beyond their current deadlines, in doing so reconfirming their commitment to supporting small and rural businesses.

Government needs to ensure that the transfer of consumer credit responsibility from the Office of Fair Trading to the Financial Conduct Authority is a smooth and simple process for businesses. Although we have been heartened by the public consultation process so far, particularly regarding fee structure, we are concerned that small firms will struggle with compliance cost, particularly around reporting requirements. Although Government has set up the Appointed Representatives scheme, finance houses in our sector are currently reluctant to offer this to dealers and there are few alternatives available to companies who may struggle with the cost of compliance under the new regime.

Whilst we agree with Government that the Apprenticeship model is in need of reforming, we are extremely concerned about the announcement on funding reform due in the coming months. As an industry we employ thousands of apprentices every year and, if reforms are enacted that will place the financial burden of apprenticeships on the employer, it is highly likely that there will be a significant decrease in the number of firms willing to take on an apprentice.

Many businesses already face significant costs when training apprentices and adding to this burden will undoubtedly lead to a drop-off in demand. We urge Government to work with industry to undertake a full and detailed impact assessment into the consequences of funding reform and to take into account the damaging consequences funding reform could have on Apprenticeship take-up.

Although it is positive to see the retail motor industry recovering from the economic downturn, we cannot afford to get complacent. The market remains fragile and it is imperative that Government develop tangible policies to sustain growth.

While the manufacturing of vehicles is a key element of the British economy, not all the vehicles that are produced can be exported, and there is a need for the retail market in the UK to be strong and viable to sell vehicles domestically. It is no good making vehicles if we cannot sell them.

The UK car retail market is a vital part of the national economy and the RMI believes it is essential that the forthcoming Autumn Statement is used to the best possible effect. It would be a pleasure to have the opportunity to discuss these proposals further.