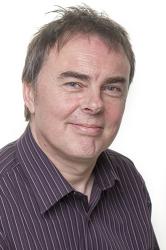 According to new research by CAP Automotive, confidence among independent used car dealers has dipped to its lowest level since the spring.

In a survey of 100 independent used car retailers’ sales and sentiments during October, nearly a third said their sales were down on the previous month and a similar number described the current business climate as ‘poor’.

Only 6% said their stock levels were ‘about right’, while 65% complained they were too low.

CAP’s Mike Hind commented: “It would be easy to interpret the latest survey as a story of doom and gloom, but we should understand these figures in the context of a stellar performance for independent used car dealers for much of this year.

“When times have been exceptionally good, even a natural slowdown in the market toward the end of the year makes for a big contrast.”

“The market has definitely cooled and November has been seeing a consistent decline in the prices paid for stock.”