The acquisition will take Marshall’s group turnover to almost £1 billion and adds the Audi and Skoda brands to its franchise portfolio for the first time.

The acquisition takes the total number of franchised dealerships in the Marshall portfolio to 70 and will push the business one place up the AM100 table above Greenhous Group to 11th place.

Under the terms of the agreement, all 324 colleagues at these sites have transferred to Marshall, taking the headcount to around 2,300. The combined group’s turnover for 2012 is £927m with Silver Street accounting for £115m.

Daksh Gupta, Marshall chief executive told AM: "For some time Marshalls has been seen as one of the most aggressive groups when it comes to acquisitions.

"This latest deal brings an end to that policy for the time being. That's not to say we won't consider further, smaller scale opportunities should they arise, but our main focus now will be on maximising the value of the massively expanded business we have become - and the brands Marshall represents."

Since early 2009 Marshall has been acquiring businesses in a bid to stretch out from its East Anglia base and create a national dealer group – moving from a turnover of £250m to £927m. It has acquired sites in the midlands, the north east, north west and now the south west over the last four years, making 70% of its portfolio new businesses.

The group has welcomed 1,500 new members of staff to the business. All of the acquisitions have been funded by Marshall’s own cash flows and have involved no debt.

The new Audi businesses will be overseen by David Waghorn, a Marshall franchise director with prestige brand experience. 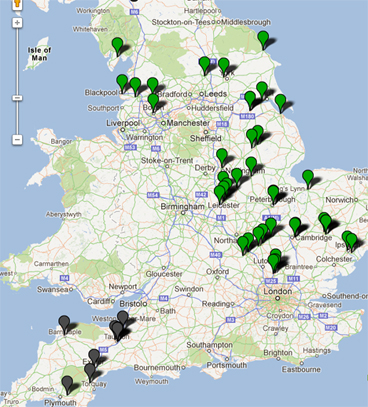