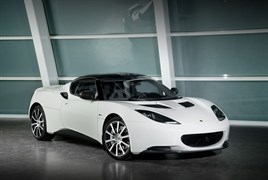 Group Lotus denies it will be liquidated following a petition submission to HM Courts & Tribunals Service for the company to be wound up.

The Companies Court Winding Up List for March 15 includes the Hethel-based manufacturer (http://www.justice.gov.uk/courts/court-lists/list-companies-winding-up).

Group Lotus has responded to speculation about the future of the business and said: "Contrary to rumours initiated by a single car magazine (Autocar), Lotus is not being liquidated.

"Earlier this year, Lotus was in a contractual dispute which was resolved amicably a number of weeks ago. However, the High Court process meant that the matter was still shown on the High Court website, as there was a hearing scheduled for today. This is what appears to have been seen and misunderstood.

"The case was only listed for the proceedings to be disposed of. The claim has now been dismissed with no order as to costs."

Group Lotus is part of Malaysian conglomerate DRB-Hicom, which has been silent about its plans for the brand after delaying an ambitious new product devlopment line-up of five new models in March last year.

This latest news follows on from the high-profile dismissal of former Lotus chief executive Dany Bahar in June last year.

Bahar claims he was sacked prior to the sale of the firm which would have earned him 5% of its value.

Parent company DRB-Hicom claim they were entitled to dismiss Bahar but will not publicly go into details over the reasons why.