Vauxhall claims it will overtake Ford 'within three years' 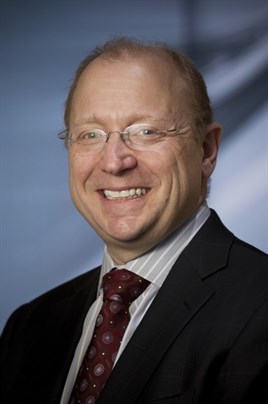 The pioneers of the two trends are Vauxhall, which has just shown Cascada, a premium four-seater convertible, and Inchcape which has just sold all its Ford holdings – a move that it described as its “final disposal of non-premium.”

So sure is Vauxhall that its principal rival has got it wrong that it is openly saying that it will overtake Ford and become UK market leader “within three years.”

The two have very different ideas when it comes to manufacturing strategy though. While Ford has stripped down and cleaned up the complexity of its business around the world, GM is pursuing partnerships in component purchase with Peugeot Citroen. The new joint venture company started business last week.

“It’s win-win for both of us,” says Steve Girsky (pictured), who is GM’s top man in Europe and chairman of the board at Opel. The next step, he says, will be joint development of platforms and basic body structures.

Girsky is an ex-Morgan Stanley banker.

The foundations of his strategy are built on the certainty that if you make only volume cars you die. “Only premium cars can make money.”

“The young man of today does not give a fig for the car or its badge. What he will demand is content - wi-fi and a library of audio books.”

These are the buyers that Girsky says they have to satisfy; and they have to be satisfied within two or three years or there will not be the profitability from sales that the business needs to invest and survive.

The new Cascada is built in Poland in new facilities and is branded both Vauxhall and Opel. Those two brands have to me “moved upwards” to ensure that “there is room for Chevrolet underneath.” And he is committed to “mending Opel”.

“Opel used to be good. We need to recover what it used to achieve in Germany.”

He clearly has misgivings about three brands and a strategy devised well before his time: “Ford lost the same money as we did and they have got a much simpler strategy with just one brand.”

The suggestion is that the spotlight is on Chevrolet, a very recent brand name in Europe and lacking historic loyalty.

A surprising virtue of the newly opened Polish plant is that it is already so sophisticated and efficient. Not only is it as good as and in many cases better than Western Europe, but it has also become a centre of excellence in managing innovation.

The Cascada for example needed pop-up roll bars to comply with legislation for open cars in rollover accidents. It was all designed in-house.

And this is no jobbing shop built to use cheap labour and building down to a cost.

One line manager told us that the materials he was using in Poland were better than those used by BMW.

“Germany will be our most important market and we have designed our cars to compete head on with Golf.”