Stop me if you have heard this before: Chinese company plans to enter Europe and rise to prosperity faster than you can say Kia and Hyundai.

While brands like MG and Great Wall are active in the UK their arrival here took longer than expected and their products have not done much to dispel the view that Chinese manufacturers are not yet able to severely impact on the sales of European and Asian rivals.

Qoros, the latest Chinese brand looking to make a mark in Europe, has brands like Volkswagen, Ford, Skoda and Kia in its sights as competitors.

It could arrive in the UK within four years.

An international team of 25 people based in Shanghai is running the business, with executives from Fiat, Tesla, VW and former JLR and BMW engineers, as well as ex-Mini head of design Gert Volker Hildebrand.

The head of the plant in Shanghai formerly worked with BMW’s factories in China.

Daniel Backman, Qoros product strategy director, spoke to AM at the Geneva Motor Show, where it launched its G3Q C-segment saloon, as well as G3Q Cross and estate concepts.

He said: “We are creating a new car company from scratch with the ambition to make high quality cars, with European design and safety, but still tailored for the global market.”

Backman’s current plan does not include right-hand drive, but an introduction to the UK is being studied.

He thinks Qoros can compete with mainstream rivals with a product strategy which will focus on loading models with high-specification features as standard.

Large alloys, LED front and rear lights, an eight-inch touchscreen infotainment system which is linked to the internet, social networks, music and satellite navigation and rear view reversing camera are all expected to be standard features.

Customers may be able to contact their dealer to arrange a service through the touchscreen.

Backman said: “The goal is for people to recognise the quality we are offering. Chinese brands haven’t shown that to European customers yet and we will prove that the country can produce vehicles that hold up against European or other Asian competitors.

“All smartphones are built in China and consumers are accepting of that.”

Qoros will first go on sale in Eastern Europe where it will establish a European organisation, with possible headquarters in Sweden or the UK.

Backman said: “We still need to find the right people we want to work with in Europe. We will find markets that make sense before we push ahead.

Within three or four years we will be in every European market.”

Qoros does not have a diesel engine, but Backman said this is another element it must consider if it is looking to enter the UK market.

The 3 sedan is the first model, but there are plans for a production version of the Cross hybrid, estate, and SUV and  B- and D-segment models.

China is expected to take 70% of Qoros sales and Europe will be used to build brand credibility.

The Qoros factory currently has the ability to produce 150,000 cars per year and China is currently a 7 million unit market for the C-segment alone.

Backman admits that initially Qoros won’t even scratch the surface for sales potential.

He said: “We’re contemplating having a second production plant in Europe too.”

Backman said: “Building a brand is part of why we want to enter Europe, but China’s growth will slow down eventually.

"Fluctuations in markets can be balanced out by having a global presence and I think you need that if you want to operate a successful car brand.”

Qoros products have been penned by former Mini design boss Gert Volker Hildebrand and while the cars are produced in Shanghai, the engineering and design work is carried out in Munich. 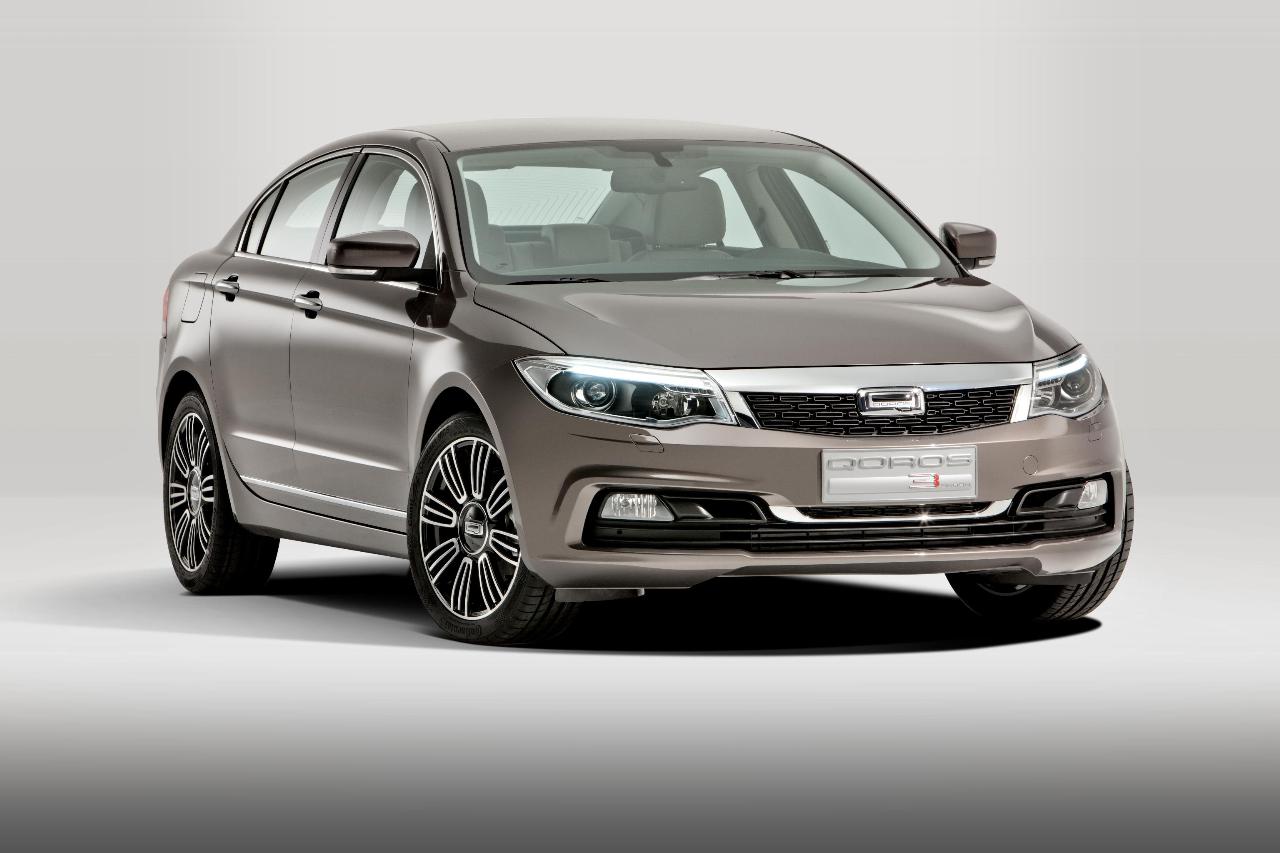 Actual build quality is surprisingly impressive and while it’s not on a par with a VW or Ford interior, it’s the best example of a Chinese-built product AM has experienced so far.

It’s not hard to imagine fixtures and fitting, catching up with Kia or surpassing Renault and Mazda in the time it will take to prepare for the UK.

There’s ample space in the back of the car due to the 3’s long wheelbase.
There are some cheap plastics, but the centre console design, touchscreen and dash fittings are solid.

While Euro NCAP safety tests have been a problem for other Chinese carmakers, Qoros believes they will not be a problem.

There’s a line-up of four petrol engines ranging from a 1.2-litre three-cylinder, to a turbocharged 1.4-litre four-cylinder which will be combined with an electric powertrain to develop 220bhp with CO2 emissions of under 120g/km.

The lack of a diesel will be a major issue for launching in the UK.

AM analyst and contributor Jay Nagley said: “There are two big questions:

“What is this brand for? In China, it seems Qoros will be an upmarket joint venture brand, which makes sense.

In the UK’s ultra-competitive, overcrowded market, we need a very good reason to look at a new brand. Infiniti shows how hard it is to get noticed, and no-one has gone straight into the mainstream market for a very long time.

“Can you make a car in China, ship it to Europe, give a margin to an independent distributor and to dealers, and still sell it at a profit? China is not that cheap any more – it seems unlikely that a Qoros can arrive in the UK for less money than a Nissan can roll out of Sunderland.”