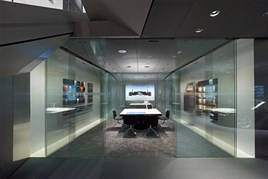 Audi is currently working on the business case to introduce elements of its Audi City showroom into all UK dealerships.

Martin Sander, Audi UK managing director, told AM: “We have customer separate rooms where sales executives have the opportunity to have a very private conversation with the customer and use all the technology available with included with that.”

Customers can use a configurator to explore Audi’s model range and project specification choices on a screen at one end of the meeting room. Colour and material swatches are also available for customers to place on the desk which automatically change the appearance and specification on the screen.

Sander said: “I think this concept can be easily transferred into all dealerships and adds another element to the Audi experience for the consumer.” 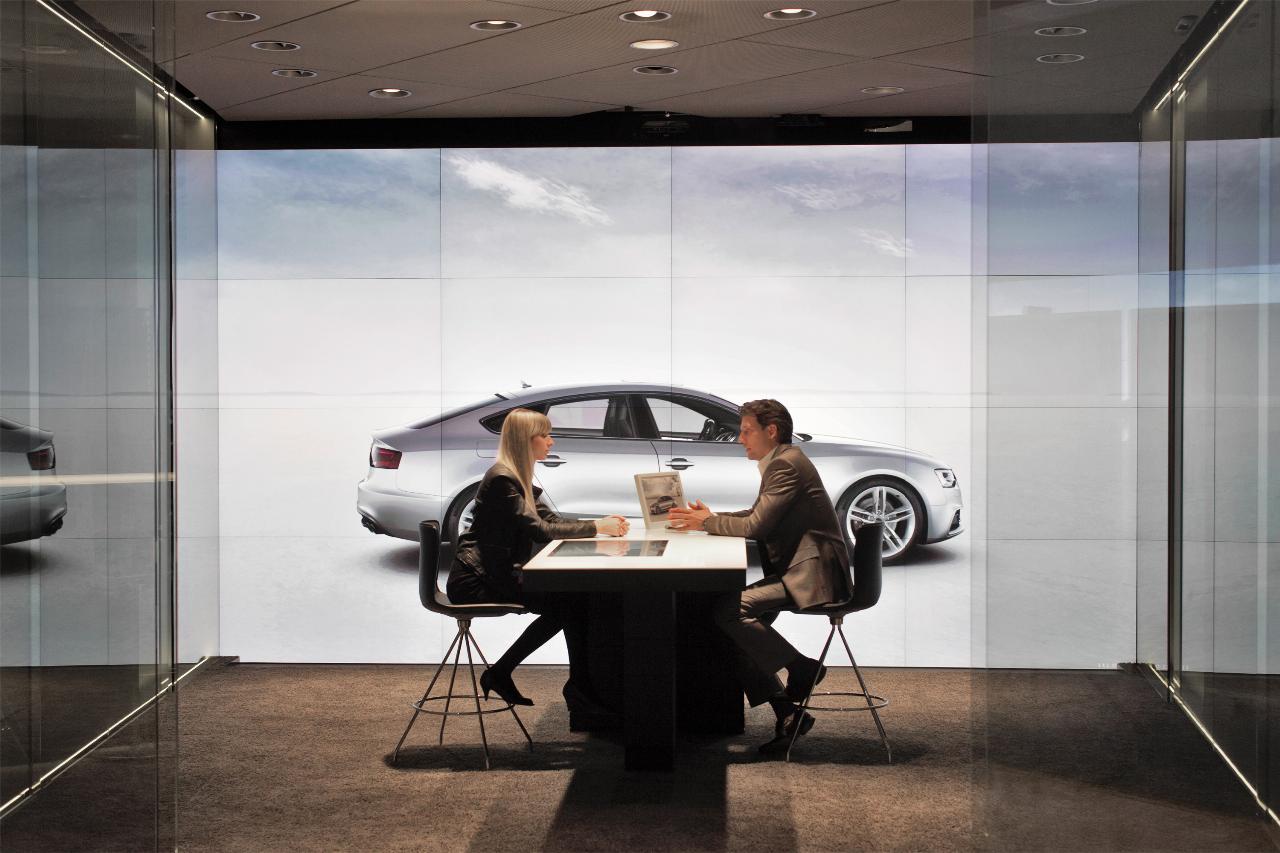 Sander said it was too early to say whether these private lounges would make it into Audi’s dealer standards because the business case is still being worked on.

He said: “Audi City is still a global prototype and the technology is still expensive so we are seeing if we can develop it on a different scale for introduction to all dealerships.”

London was chosen as the first place in the world to trial the Audi City concept and while Shanghai will be the second place to feature an Audi City centre, Sander said there could be three more locations in the UK that could work in high-footfall city centre locations. He didn’t confirm the locations, but it would likely be Manchester, Birmingham and Glasgow.

“I think there could be three more points in the UK where that might make sense, just to get closer to where our consumers are when they go shopping on the weekend to compliment our existing dealers.”