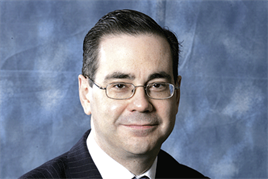 April marked the launch of the changing face of motor finance, with new regulatory authorities and a revamped Finance & Leasing Association ‘financing your car’ website.

The new Financial Conduct Authority (FCA) is the one that affects dealers directly.

Stephen Sklaroff, FLA director general, said: “We are pleased the Government has listened to what we have said about the transition from the Office of Fair Trading regime for consumer credit to the new one.

"That will be operated by the FCA from April 2014, when the OFT ceases to exist.”

The FLA stressed the importance of ease of transition to the Government in 2010 when the new regime was first proposed.

Two months of consultation close at the end of this month.

Sklaroff said: “We said the new system should reflect the realities of the credit market, which includes large numbers of motor dealers, high street stores and others, as well as lenders.

“The market amounts to around £260 billion of outstanding credit, so is economically very important.”

The FLA, which is working with the Retail Motor Industry Federation, urges dealers to focus on the tight schedule of the transition of consumer credit regulation.

Sklaroff said: “Dealers should make sure now they’ve got licences they will need for the foreseeable future, such as providing retail loans and/or acting as a broker.

“After April 2014, anything they’re not licensed for will require full-scale authorisation, which could be time consuming.”