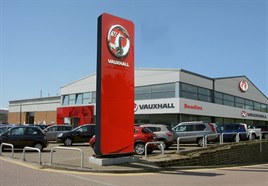 Beadles Motor Group has added Vauxhall to its brand portfolio and will open a new dealership in Maidstone on July 13.

The site will open on Aylsford Retail Park and will feature car and van sales.

Beadles is a member of the online used car website trusteddealers.co.uk established and owned by franchised dealers.

In 2009 the group was in the Sunday Times Fast Track 250 of the fastest growing UK companies.

FG Barnes previously held the new car franchise contract for Vauxhall in Maidstone but this was not renewed when new dealer contracts for the UK network were signed under a general block exemption. FG Barnes is still an authorised Vauxhall repairer and holds the Vauxhall new car franchise in Guildford.

AM Poll
How has the COVID-19 pandemic affected your attitude or mental health? Please leave a comment
Vote
View all
2472