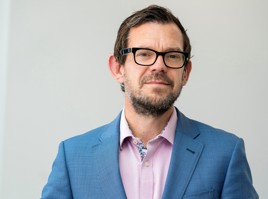 Stellantis UK's director for B2B sales James Taylor has taken the helm at Vauxhall after being appointed as managing director on an interim basis.

Taylor, who will also continue his existing B2B role, takes over from Paul Willcox, who was promoted to lead the UK market at Stellantis in May, replacing Alison Jones who moved to a global role.

Earlier this year he led a Stellantis restructure of its fleet sales operations which aimed to provide improved interaction between its brands, which include Citroen, DS, Peugeot and Vauxhall.

Speaking to AM's sister title Fleet News about his new role, Taylor said: “Whilst Paul Willcox takes on his new role in the wider Stellantis UK organisation, I take the additional responsibility of leading the Vauxhall team, on an interim basis, in addition to my role as B2B director.

“Richard Roberts will also take over the additional responsibility on an interim basis of Vauxhall fleet director in addition to his current role as head of rental.”

Roberts is taking on the fleet director role for Vauxhall on an interim basis.

The fleet directors are setting the direction for their respective brands, but management and liaison with individual customers is being done on a Stellantis basis.

Each team has a regional fleet manager that reports into the fleet directors.