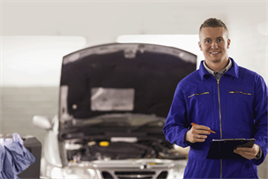 The service plan has earned its stripes as a product practically on a par with finance in the automotive retail pecking order.

But with its popularity among sales teams, is the price plan being used to the detriment of dealerships?

At Volvo Car UK, aftersales development manager Peter Smith accepts that the manufacturer has been slow to put the might of its brand behind service plans for used car buyers and service customers.

However, its new service plan product, launched in June, aims to redress the balance with the objective of achieving a penetration rate on a par with the 75% conversion success of its new car service plans.

Following extensive feedback from its dealer network, the new service plan incorporates vehicles up to six years old with as many as 10 services available – depending on the age of the car and the term required.

Crucially, the plan has been created to attract those customers whose vehicles are between four and six years old. It can be purchased online as well as over the counter, appealing to today’s digital consumer.

“At that point we could easily be up to the third owner of the vehicle and these are often the ones who migrate to the independent sector,” said Smith.

“This product is extremely relevant for both dealers and customers because it provides a good reason to remain in the network.”

Volvo hopes the benefits provided through its Service Promise, which includes free software upgrades for its in-car technology such as sat-nav and complimentary 12-month roadside assistance, will prove to be a further pull for customers.

With its routine servicing simplified, Hyundai has been able to introduce a straightforward fixed price service plan for new vehicles aimed at larger and smaller vehicles and a choice of three or five years, the latter matching its warranty term.

Dean Stoner, dealer principal at Tunbridge Wells Hyundai, where 60% of customers are already opting for the new plan, said: “Having a manufacturer-backed service plan adds weight to the proposition and the fact that Hyundai is helping to keep the running costs down for motorists sends a powerful message that we are not just selling a car but are helping to look after it throughout the ownership cycle.

“The margins may not be as good as we would like but it’s all about encouraging the customer to come back to your business which in itself provides an opportunity to upsell.

“We would easily spend the money lost to a lower margin marketing the customer who has left the dealership and taken their business elsewhere.”

At Pebley Beach Hyundai in Swindon, initial take-up is a healthy 49% and managing director Dom Threlfall said: “We have been providing service plans for more than 10 years so it’s nothing new to us.

“Hyundai’s product, though, is completely different as it is a one-off payment.

"The cost is so low that the third service is effectively free.

“Manufacturers have been guilty in the past of leaving aftersales to look after itself, but the new service plan will keep people coming back until it’s time to purchase a new car and hopefully the cycle will start all over again.”

Not surprisingly, many dealers, while incorporating manufacturer products in their overall product
portfolio, chose either to take the independent route or to mix and match according to customer.

Scottish group Phoenix Car Company developed its own branded service plan ‘Phoenix Ever After’ with Emac although it also supplys manufacturer products.

While service plans are still available via the aftersales department on a monthly payment scheme, Phoenix now offers service plans as an upfront payment when customers buy cars new or used, with a healthy conversion rate of 75% at point of sale.

"There are so many opportunities for cus-tomers to take their custom elsewhere but a service plan locks them into your dealership.

"In the long run, service plans will dilute profitability but it also means there’s a lot less chance of losing customers.”

If future work is identified, a customer could increase payments to create an extra ‘pot’ to cover the cost of the deferred work.

Fyfe said: “It is already an easier sale when additional work is required at the time of service because in the customer’s mind there’s nothing to pay for the service itself so joining the service plan and the EVHC is a natural step.”

Family-owned Swansway founded the Emac business so it’s not surprising that director Peter Smyth is practically evangelical when it comes to the importance of service plans.

While he accepts that new and used car sales should be maximised to encourage service plan take-up, he is passionate that the best environment for service plan sales is the aftersales department.

“The vast majority of service plans should be sold across the service desk,” Smyth said.

With figures such as an average of 57 service plans sold at each retailer per month, it is clear that targeting service plans nets results.

At Swansway, sales executives are penalised if they fail to achieve 50% penetration but are rewarded on each plan sold.

A performance league has £500 vouchers at stake within each franchise and a further £500 for the best in the group.

However, incentivising service advisors is also key and, unlike their counterparts in sales, Smyth believes there’s no need to penalise.

“The easiest place to sell is at service reception,” said Smyth.

“There’s also the opportunity to talk about benefits such as half-price MoT tests and discount labour rates.

Training and automotive software company BTC runs the ‘TLC’ training programme Think Like a Customer and managing director Guy Allman is in agreement: “By concentrating efforts in the sales department, dealers are missing a trick.

“Selling service plans to used car buyers and to service customers are key areas where dealers can improve their performance.”

Tim Smith, commercial director of GForces, said: “With plan conversion at point of sale for new cars around 90% for some brands, franchised dealers can also cash in on simple, fixed-price plans for used cars.”

Stoner’s view offers an explanation of varying service plan success: “If the product is endorsed and highlighted at the business, it will be taken up by the customer but, if not, inevitably conversion will be low.”

A significant service plan volume can benefit the business in other ways – Swansway’s current service plan deposits are an eye-watering £1.5 million, which forms part of its working capital.

And Smyth added: “Some people in the industry think the motor trade model is broken because of falling absorption but you just have to adopt a different angle.”