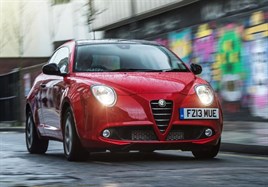 According to a new survey of 1,300 drivers aged 17-24, young drivers feel pressured into old cars because they can’t afford to insure new ones.

The research, conducted by Alfa Romeo and insurance provider Marmalade, also found that 41% of young drivers thought ‘being forced into less advanced vehicles’ partly explained why they have more accidents.

The survey was carried out to support the launch of the Alfa MiTo Live, a limited edition with Marmalade telematics insurance.

Damien Dally, head of brand at Alfa Romeo UK, commented: “Young drivers are having to pay increasing amounts of money just to get behind the wheel of a car.

“Often a new car is totally out of the question, despite the obvious benefits of safety, efficiency and modern technology.