UK will be a lead market for BMW i3 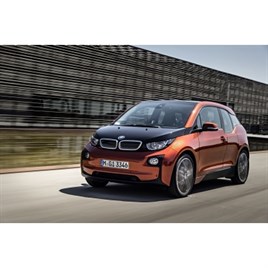 Over a third of BMW’s UK dealer network has signed up to sell the new i3 electric car as one of the lead markets for the new sub-brand.

BMW believes London is a city with huge potential for the i3. The car recieved a simultaneous launch in the English capital, along with New York and Beijing.

Tim Abbott, the head of the BMW Group in the UK, said: “London is the largest and fastest-growing metropolitan area in Europe and typifies the urban mobility challenges of the future.”

Initially, though, the Dutch will lead the sales charge. With its advanced recharging infrastructure, tax incentives - and almost total lack of hills - Holland will be another key market and is expected to take up to 60% of the early production.

UK i dealers have been chosen not only because of their location in major urban areas where the battery-electric car makes most sense, but also because of their ability to repair the i3’s carbonfibre and aluminium passenger cell and to work on its high-voltage powertrain.

There will also be a range extender version of the i3 available with a 650cc two-cylinder petrol engine serving as an electricity generator for the batteries. This will increase the range from between 80 and 100 miles in all-electric mode to around 185 miles.

Despite the pricing structure, BMW insists it is not supporting the i3 with incentives to get the car established in the market. "It will make money from Day One," said board member for sales and marketing Ian Robertson.