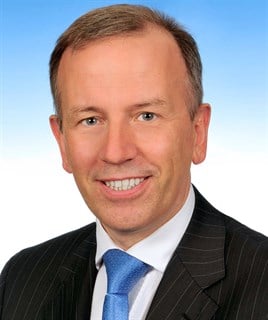 Paul Willcox has been appointed managing director of Volkswagen Group (UK), taking over from Simon Thomas who leaves the UK on September 1 to take up a global marketing role.

Willcox will take up the role on September 16 from Nissan, where he has held the role of senior vice president, sales and marketing for Europe since June 2011.

Willcox started his career, following graduation with a degree in management sciences, at Peugeot GB.

He was appointed vice president marketing for Nissan Europe in 2005 before returning to Nissan Motors Great Britain as managing director in 2008.

Willcox will be based at Volkswagen Group UK’s headquarters in Milton Keynes, Buckinghamshire, from where he will be responsible for the Group’s five UK brands – Volkswagen passenger cars and commercial vehicles, Audi, Seat and Skoda – and their associated functions.