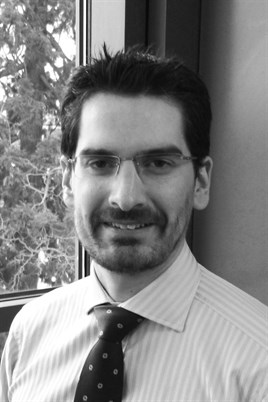 Andrew Jackson, head of analytics at Glass’s, takes a look at the last month in new car registrations, and predicts what will happen over the next four week period.

"August chalked up yet another month of gains with 65,937 units registered which signified growth of 10.9% year-on-year versus 2012.

It is interesting to note that, putting to one side the obvious point that August is a low-point for the year, the month displayed signs of the overall market cooling slightly; in terms of the seasonally adjusted annual rate (SAAR) of sales.

Versus Glass’s SAAR, August actually represented a 5% drop versus the average for the 2013 season. In real-terms this still represents growth, albeit re-aligned with historical seasonal levels. The question is whether this is an exception in a very buoyant year, or evidence that the market is beginning to settle at a more modest growth rate…

In August diesel outperformed petrol in terms of year-on-year growth (11.9% and 9.3% respectively) plus diesel vehicles continued to constitute the majority of sales (32,903 versus petrol’s 32,108).

Year to date figures show 49.4% of all vehicles registered in 2013 continue to be petrol variants versus 49.3% for diesel.

Alternatively fuelled vehicles (AFVs) again present headline-grabbing growth rates of 41.4%for the month. But yet again this only serves to highlight that of the 65,937 registrations, 926 (or 1.4%) were AFVs.

The majority of August’s purchases were again fleet, with 32,386 units being registered.

Ford retains top spot for the month with the Fiesta whilst Vauxhall’s Astra climbs to second place and Volkswagen’s Golf took third.

The Corsa consolidated fifth position whilst the month’s loser was Ford’s Focus. Falling from second to fourth.

Year-to-date the status quo is maintained; both Fiesta and Focus retain in 1st and 2nd positions and GM’s Corsa and Astra hold 3rd and 4th positions respectively.

BMW continues its presence in the top ten with the 1-series joining the party in sixth alongside the 3-series in eighth. Following on from the 3-series retaining eighth position, in terms of year-to-date registrations, Peugeot’s 208 has fallen a further place to tenth, due to the appearance of BMWs 1-series in at number nine.

So after the exceptionally strong performances put in earlier this year, it will be interesting to see what the month has to offer, considering it marks the second highest period of registrations in the annual cycle.