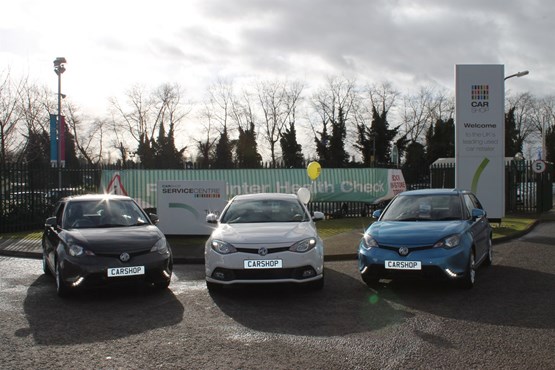 Used car supermarket Carshop has taken on the MG new car franchise at four of its sites across the UK.

Carshop has said it will remain focused on its used car proposition, but is hoping to attract a fresh audience of customers through the sale of the MG3 at sites in Northampton, Doncaster, Swindon and Norwich. Carshop will also be selling the MG6 and each centre will one demonstrator for the MG3 and the MG6.

Carshop has said it will be launching its own online new car ordering platform which will extend its reserve online and deliver or collect service for MG customers.

Alongside providing the ability to order, customise and collect MGs, Carshop’s service centre has also been authorised as an MG service and repair centre.

Jonathan Dunkley, Carshop chief executive, said: “Our partnership with MG has provided us with a very exciting opportunity to gauge our ability to retail new cars as well as used.”

Carshop has not taken on the MG franchise at its Cardiff store due to an MG dealer already operating in that territory.