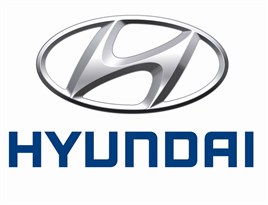 Hyundai’s European marketing boss has played down industry figures on UK car sales, claiming that the market is recovering from a ‘desperate decline’ and it is too early to get excited about the rising sales.

Figures published yesterday by the Society of Motor Manufacturers and Traders showed that UK registrations were up 10.8% in 2013, the highest level since 2007. However, it forecasts a stable market this year.

Speaking to Marketing Week, Hyundai’s vice president of marketing in Europe, Mark Hall, said that while the increase does represent an opportunity as other markets in Europe are in decline, car manufacturers will find themselves fighting for a slice of that growth.

“The car market is rebounding from a pretty desperate decline. The UK is one of the few markets in Europe that is growing and that presents us with an opportunity. But the market is just as tough as it has ever been and all car manufacturers will be fighting for a slice of that growth.

“Don’t underestimate how competitive the UK car market is.”

He said that between 2007 and 2011, the number of brands that consumers consider when buying a car has risen from 3.2 to 4.1, a 30% increase illustrating the competitive nature of the market.

Hall believes that any car manufacturer that wants to grow its share of the market will need to make its marketing distinctive in order to ensure its brand is considered when consumers come to buy a car.

“People are much more cosmopolitan in their brand choices. That means marketing has to stand out to make sure a brand gets considered. We have to make sure Hyundai is one of those brands,” he said.

Hall’s comments come as Hyundai releases the latest TV ad in its ‘Made of more’ campaign, which is aimed at boosting awareness of the brand. He said the car marque is hoping to create an experience of the brand that is “consistent and unconventional”, labelling its previous communications as “schizophrenic”.

He hopes the TV ads will create intrigue round the brand with the aim of driving people to their mobiles and PCs to search for Hyundai and find out more about its products. The ads are supported by press, out-of-home and digital executions.

The first film in the trilogy of ads, which ran for five weeks in September, demonstrated the importance of a car to its owner’s life by featuring household objects that join together into the shape of one of the ix35.

Hall said the campaign led to a 40 per cent increase in searches for “Hyundai” and a 100 per cent rise in page views for the ix35.

The latest ad (see below) is aimed at a “younger” demographic and promotes the i10, typically marketed to audiences in search of value. Hall believes that while the vehicle can meet this requirement, this ad can help to attract buyers with more premium aspirations.

“We aren’t just showing off the nuts, bolts, steel and wheels, this is an emotional representation of the brand. We are offering the values customers expect from a premium brand at an affordable price,” he said.