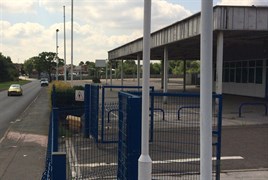 Motor Depot is expanding into the West Midlands with the take-over of the old Car Select premises on Mackadown Lane, Birmingham.

The East Yorkshire-based dealership has completed negotiations to take over the old Car Select premises on the outskirts of Birmingham International Airport, with the aim to be fully operational before Christmas.

Motor Depot first began trading in Hull 11 years ago and currently operates from premises in Hull, Hessle and Scunthorp – this acquisition of the 500-car site represents its first expansion outside of the Humber region and will see a recruitment drive of around 40 new jobs.

Managing director Steve Butterley has revealed that a move into the West Midlands has long been a strategic aim for the company which first began trading in Hull 11 years ago.

Managing director Steve Butterley said: “As part of our controlled expansion programme, it has always been a primary objective of ours to have a presence in the West Midlands.

“We believe that our successful sales model - which has served us so well in the Humber region - can be successfully transported to new areas and we are excited at the prospect of rolling it out to a vast new market.

“With easy access of Junction 7 of the M42 and Junction 4 of the M6 the new site opens us up to a new customer base in Coventry, Nuneaton, Solihull and beyond.”