Was this article useful?
1 person found this useful
24 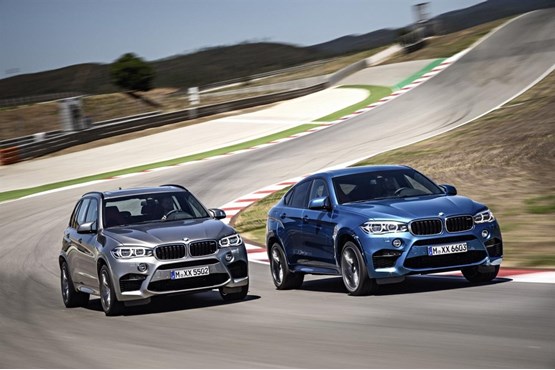 BMW has revealed the all-new second-generation X5 M and X6 M models, which will arrive in dealerships April of next year.

Both models are powered by a new 4.4-litre M TwinPower Turbo 567bhp V8 engine and linked to an eight-speed M Steptronic transmission with Drivelogic – a 0-62mph in 4.2 seconds means it is the most powerful engine ever developed by BMW for four-wheel-drive vehicles.

The xDrive four-wheel-drive system is flexible in the way it distributes torque to each axle, to ensure maximum traction on all roads and in all weathers.

In normal road driving the X5 M and X6 M are capable of achieving 25.4mpg, with CO2 emissions of 258g/km - reductions of over 20% compared to the previous models.

The exterior design of the new BMW X5 M and X6 M is purely function-led, sitting 10mm lower than its predecessors and featuring four large air intakes at the front and diffuser at the rear to aid in cooling processes and aerodynamics.