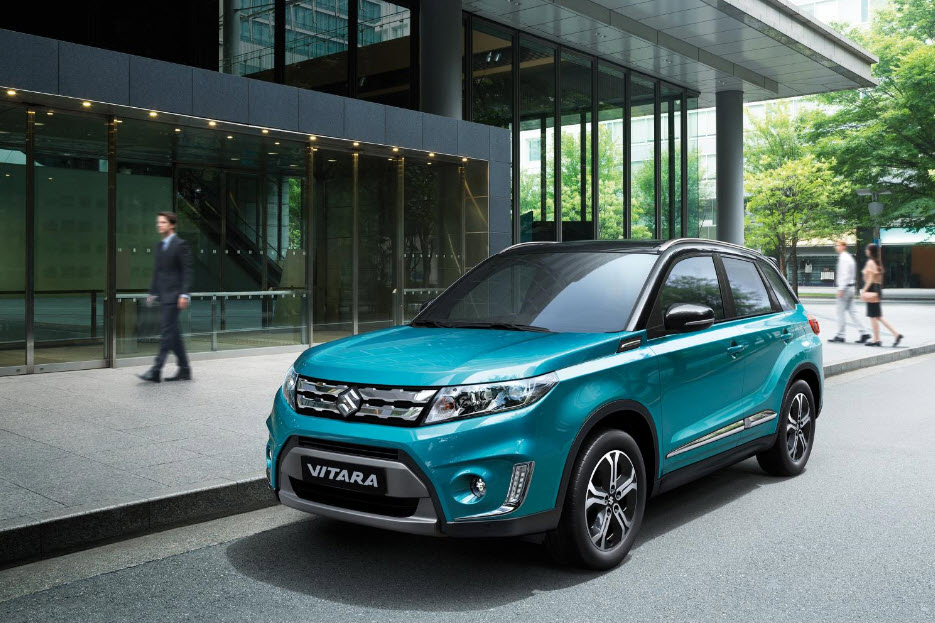 Suzuki has showcased the all-new Vitara at this year’s Paris Motor Show.

The SUV’s exterior upgrades include accents from all generations of the Vitara, including kicked-up body-side character lines and bonnet-side air outlets form motifs.

A roof line that slopes smoothly downward toward the rear, flat underbody surfaces and well-designed bumpers all contribute to Suzuki’s pursuit of aerodynamics.

Buyers can also combine a range of exterior and interior items to express their individual personalities.

The Vitara features a hue of technology, with a fully integrated audio system with smartphone connectivity, adaptive cruise control and radar brake support system (RBS) which monitors the road ahead by using milliwave radar to prevent or mitigate collisions.

Engine options include a 1.6-litre petrol engine and a 1.6-litre diesel variant – specific outputs are yet to be confirmed.

In addition, the ALLGRIP system, with four modes, offers users the ability to choose a setting based on the road surface or driving conditions, with settings such as Auto, which prioritises fuel economy, Sport, which is optimal for winding roads – making use of the four-wheel-drive system, Snow, and Lock, which is used to extricate the car from snow, mud, or sand.