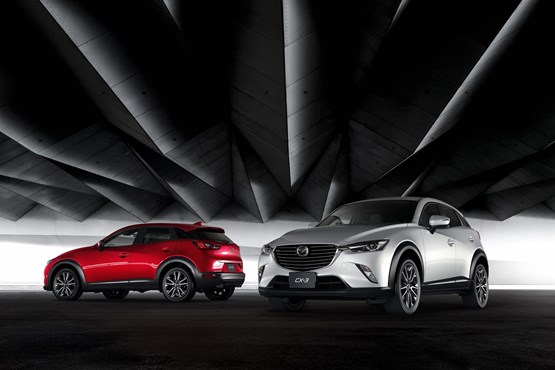 Mazda has revealed its all-new CX-3, ahead of this years’ Los Angeles Auto Show.

The new crossover SUV is the fifth model in Mazda’s line-up of new-generation vehicles to feature the full suite of the company’s award-winning Skyactiv technology.

With the global market launch set for Japan in spring 2015, the CX-3 is set to become a core member of Mazda’s model line-up.

European models will have a choice of three engines: the petrol Skyactiv-G 2.0-litre in two power versions and the new Skyactiv-D 1.5-litre clean diesel.

Six-speed automatic and manual transmission will be offered in either front-wheel drive format or with Mazda’s new-generation all-wheel drive system.

The model will also feature Mazda’s latest i-Activsense safety systems, as well as superb passive protection from its lightweight yet stiff Skyactiv-Body.

The Mazda CX-3 will be on display throughout this years’ Los Angeles Auto Show, along with the all-new Mazda MX-5, the 2015 Mazda CX-5 and the 2015 Mazda6, which are also making their debuts.