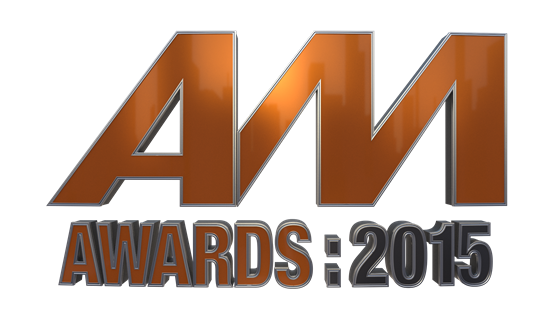 The 2015 AM Awards will be hosted by Louise Minchin (pictured, image two).

Louise is one of the main presenters of BBC Breakfast and a previous news anchor on BBC 1 and the News Channel. She has also presented sports shows, played a cameo (as herself) in Spooks and managed to get ejected from Hell’s Kitchen – even though she wasn’t a contestant.

Louise has fronted Channel Five News and its showbiz show; Exclusive. She has also co-presented with the likes of John Sopel and John Inverdale, and shares the Sunday Life sofa with Colin Jackson.

To finish the ceremony in style, Russell Kane (pictured, image three) will entertain our guests.

Russell is a multi-talented writer and performer and has established himself as one of the best comics in the UK. He returned to Edinburgh as a former winner of the Foster’s Edinburgh Comedy Award, this time with three shows including his latest sell out success - Smallness.

He was recently seen on the small screen hosting the third series of Live at the Electric for BBC3, as well as co-hosting Staying in with Russell & Greg, with Greg Davies. He was also part of the presenting team of ITV2’s I’m a Celebrity…Get Me Out Of Here Now! and Big Brother’s Big Mouth for C4. He’s also won Celebrity Mastermind, was a finalist in Let’s Dance for Comic Relief and has guested on The Graham Norton Show.

Russell’s animated style of delivery and off the wall observations make him a firm favourite for corporate celebrations and awards ceremonies.

Tables, tickets and limited sponsorship opportunities are still available for the 2015 Awards. For further details on each, please visit the event website www.am-awards.co.uk