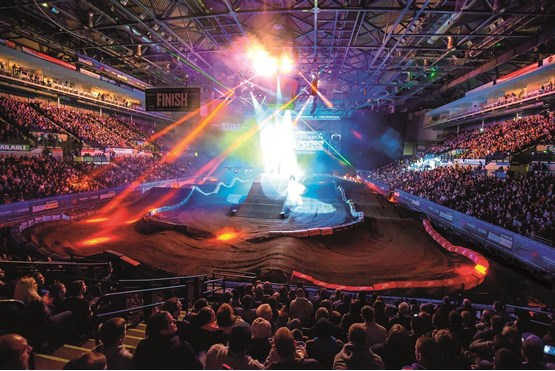 Ford has formed a partnership with the Ford Ranger and action sports and entertainment tours; Arenacross UK.

One Ford Ranger will be displayed in the arena, while another will be used to transport motocross bikes and equipment during the shows.

Ford will also be supplying a Transit minibus and a Transit van as further support vehicles.

Managing director of e22sports Matt Bates, said: “As Arenacross grows in the UK it’s great to see Ford Ranger come on board. We know that Arenacross attracts not only the motocross world but also a heap of other fringe related action sports, so it’s important that we have the right brands supporting us and I am excited by the prospect of working with Ford Ranger, a vehicle that has proven it is tough enough for the job.”

Ford of Britain marketing director Anthony Ireson said: “We are thrilled to announce the Ford Ranger’s partnership with Arenacross UK. This extremely popular tour puts Ranger in the heart of a key group of pick-up owners. Its great on- and off-road capability, coupled with class-leading interior space and load-lugging ability, make it an ideal choice for motocross enthusiasts.”