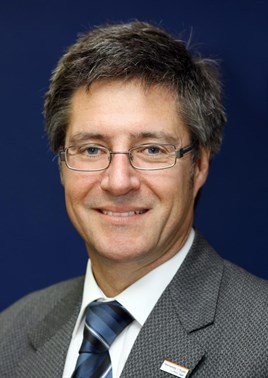 The previous chairman and CEO, Stuart Kerr, has left the business to "pursue opportunities outside the group".

Steve Hood was appointed as chief operating officer in November; a position that will now be discontinued.

He was previously the strategy director at the dealer group.

He has returned to TrustFord following three years working as the director of sales operations in Ford of Europe, where he has been responsible for developing dealer network strategies in Europe and developing the retail experience for Ford customers.

Ford of Europe vice president marketing sales and service Roelant de Waard said: "I would like to thank Stuart for his contribution and wish him every success for the future.   Steve will be applying the principles he has been instrumental in developing in Ford of Europe to the rebranded TrustFord group."

The TrustFord identity has been rolled out across the entire network of 65 sites in the UK, which previously operated under a variety of local brand names, including Bougourd Ford, Brunel Ford, Dagenham Motors, Heartlands Ford, La Motte Ford, Lindsay Ford, Polar Ford, @First Parts, Ford Retail Online and Ford Online Parts. All of these brand names are now identified as TrustFord and TrustFirstParts.