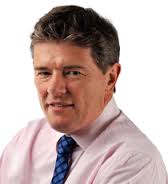 Author: David Smith (pictured) is economics editor of the Sunday Times. He also writes regularly on economics issues at www.economicsuk.com/blog/

"You know what they say. Forecasting is very difficult, particularly when it is about the future; a mug’s game, a trap for the uninitiated. Such warnings are all very well but businesses need some idea of what the coming year will bring.
And, not unusually, the uncertainties are many.

Through the fog, some things are clear:

-  We will know whether Britain’s economic upturn has been a flash in the pre-election pan, or something more lasting.

- We will know whether, after a long squeeze, wages are once more outstripping prices.

- We will see whether the housing market and consumer demand more generally, has legs.

- There will be a UK general election, in May. Who will win?

-  There will be a big decision for the Bank of England on whether to raise interest rates or to leave them at a record low.

Let me take these in turn. There are also risks to recovery, including the Eurozone’s continuing woes and geopolitical worries, some of which came up the agenda and produced a bout of market turmoil as we moved into the final months of 2014.

Most forecasters are, however, relatively upbeat about the UK’s economic prospects. The Bank of England’s most recently published forecast, for example, is for growth of 3% in 2015, only slightly weaker than the 3.5% it expects will be the final outturn for 2014. Though its chief economist has warned recently that he has become a little gloomier, it is still likely to project growth in the 2.5% to 3% range.

To put that in perspective, 2.5% to 3% is something like a normal recovery path, after several years in which that kind of expansion rate looked unattainable, such was the knock the economy took as a result of the financial crisis. Other forecasters are in the same territory as the Bank. In the Treasury’s October compilation of independent forecasts , the average growth projection for 2015 was 2.6%, and the average of new projections was 2.7%.

What will be the pattern of growth in 2015? The consumer will be playing his or her full part, with forecasters expecting 2.7% growth in consumer spending and one, Fathom Consulting, predicting a mini boom with spending rising by over 4%, its best before the crisis.

Even the average expectation for consumer spending suggests that households will be spending more on small and big ticket items. One of the surprises recently has been that consumers have been spending more even as official figures for pay growth – average earnings – have lagged behind prices; the rate of inflation.

That should change in 2015, economists think. The Bank of England expects growth in pay to be running at a little over 3% by the end of 2015, even as inflation – which has fallen sharply to just over 1% - stays just under 2%. That will mean, for the first time in six years, pay will be outstripping inflation. This is not, however, rip-roaring growth in real wages, though it could mark the start of a sustained pick-up.

For the housing market a rise in real wages will provide additional support, as it will for other markets, including the new and used car markets. In all these cases, however, the availability of credit will be equally important. In the case of housing, the picture in 2014 has been somewhat contradictory.

Prices have risen strongly, driven by a sharp rise in values in London and the South East. But mortgage activity has been subdued, a combination of regulatory changes such as the Mortgage Market Review and buyer caution in the face of rising prices and fears of higher interest rates.

The Council of Mortgage Lenders predicts a small pick-up in mortgage lending in 2015, with gross mortgage advances rising from £208 billion to £220 billion. But it also thinks housing transactions will be slightly down, at 1.15 million versus 1.23 million in 2014. Other forecasters also think there will be a sharp slowdown in house price inflation.

But the CEBR’s Scott Corfe says we should put this in perspective:  “The price falls forecast for next year will be modest and we shouldn’t be too worried about this - we are not anticipating a crash. The market is adjusting after getting ahead of itself in 2014.”

Whether that is right or not, there are unmistakeable signs of a flattening of house price inflation. RICS, the Royal Institution of Chartered Surveyors has reported a softening of demand, and in price expectations, led by London, since the summer. “Next year, we expect the house price outlook to be far more subdued,” the RICS says.

What will be the wider effects of this?  Consumer confidence remains high, having recorded its biggest rise for nearly four decades during 2014. One particular beneficiary has been the new car market, with September the strongest “plate change” month for a decade, with new car registrations of 425,861, up 5.6% on a year earlier.

As with the housing market, however, it seems as if the strongest growth may now be behind us after a period in which the market has staged an impressive rise.

After its remarkable rise, in other words, the market will reach a plateau.

Whether things pan out quite like this will depend, at least in part, on two other factors: interest rates and the general election. Will interest rates go up in 2015?

The Bank of England has been playing a confusing game on this. When he took over as Bank governor in the summer of 2013, the new governor Mark Carney offered so-called “forward guidance”, which indicated that interest rates might not rise until 2016.

Then, last summer, Carney hinted that there could be rise before the end of 2014, before shifting away from that and telling the Trades Union Congress in September to prepare for the first hike in the early part of 2015. In late October, things moved again when his chief economist offered a broad hint that rates will stay on hold until the second half of 2015. At this rate, that original guidance about 2016 may turn out to be correct.

As things stand, however, it looks as though the first modest rate hike from the Bank will come next summer. But, and this is crucial, the pace of rate rises from that point will be gentle, and the interest rate peak lower than in  the past. We should look for a gradual upward move to around 2.5% in late 2016 or 2017, half the pre-crisis average for Bank rate.

A summer hike in rates would mean that interest rates had remained unchanged for the whole of the 2010-2015 parliament, which has not happened since the 1945-50 post-war parliament. Who will be in government by then? With the close call in the Scottish referendum, the rise of the UK Independence Party and the fact that the opinion polls show the two main parties neck and neck, this is a hard question to answer.

Two things favour the Conservatives. They are well ahead of Labour on the key polling issues of leadership – David Cameron versus Ed Miliband – and economic competence. Miliband’s leadership problem was exacerbated by a poor performance at his autumn party conference, when he omitted to talk about the budget deficit and Peter Kellner, president of the polling company YouGov, says there is no precedent for an opposition party to win power when well behind on these issues.

Opposition parties also tend to lose support in the run-up to elections, suggesting Labour’s current overall polling position is not strong enough to suggest a victory is on the cards.

Against this, the Tories are likely to be most hurt by UKIP.

Even if UKIP does not get many MPs, it will make life difficult for many Tory candidates by splitting the vote on the right. The Conservatives have yet to benefit electorally from the economic recovery. Labour could win, despite its difficulties, with 35% of the vote or less. If so, firms will have to cope with a government whose agenda is more anti-business than we have seen for many years.

Which will it be? The precedents favour the Conservatives as the largest party – but not outright winners – though only just.

But it is too close to call. The EY (Ernst & Young)  Item Club, which uses the Treasury’s model to forecast the economy,  warns that political uncertainty will slow the recovery, at least for a while. It is hard to argue with that."

Source: The UK Fleet Market Report 2014. For more information got to www.sewells.co.uk/contact-us/