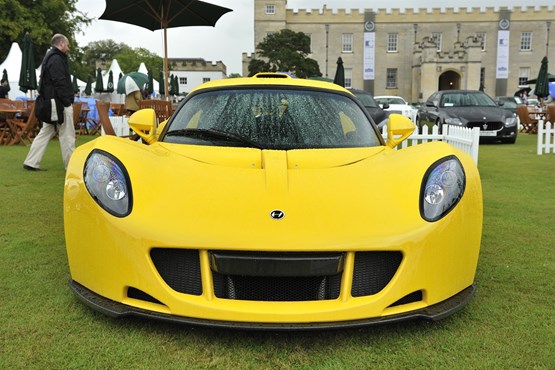 The Hennessey Venom GT has taken the title of world’s fastest production model after it hit a top speed of 270.49mph at NASA Kennedy Space Center in Florida.

The top speed number means it overtakes the Bugatti Veyron Super Sport which held the title since 2010 with 269.86mph.

The Venom GT is based on a modified Lotus Exige chassis.

Former racing driver and Michelin tyre test engineer Brian Smith was at the wheel of the vehicle, which uses a highly-modified Lotus Exige chassis, on the 3.2-mile stretch of runway.

Despite recording the speed at 270.49mph, the Hennessey has not been given the official world record by Guiness as the official record is taken from the average speed from two runs.

Hennessy has built and sold 11 Venom GTs, priced at around £720,000 each. It is limiting the Venom GT production run to 29 models.

Watch the world record below: