Ken Livingstone confirmed as guest speaker at AM100 Dinner 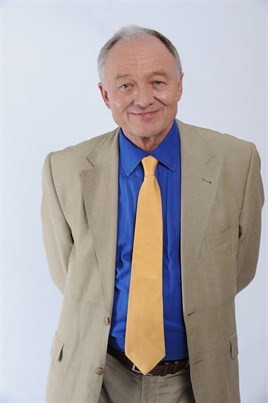 Former mayor of London Ken Livingstone will be the guest speaker at the AM100 dinner this year which will be held on June 12 at the Royal Garden Hotel in Kensington.

The AM100 publication is the annual industry guide to the 100 largest dealer groups in the country, according to their company turnover.

In addition, the AM100 provides a detailed analysis of the state of the industry and looks at the key issues facing dealers and their customers.

The AM100 is an invaluable opportunity to meet friends and colleagues in the retail industry and be among the first to see the official unveiling of the new AM100 listing of UK automotive retail groups ahead of publication in AM.

The AM100 Dinner will once again be a black tie event with exquisite cuisine from a multi award winning head chef.

Livingstone served for eight years as the first Mayor of London before defeat to a resurgent Tory party in the irrepressible shape of Boris Johnson. A hard-fought contest to regain his place in City Hall four years later ended again in disappointment. Inexorably linked to London politics, Ken started his career at Lambeth Council.

He soon rose through local government ranks to become Leader of the GLC, acquiring considerable notoriety for his left-wing activism on the way, before the institution was abolished by Margaret Thatcher. He then served as MP for Brent East.

During his tenure Ken most notably helped London win the right to host the Olympic Games and introduced the congestion charge. After his second defeat by Boris, Ken announced his intention to retire from the political frontline.

Frequently controversial but rarely boring, Ken has starred on Have I Got News For You on six occasions, and made a guest appearance on a Blur album. He was once a restaurant critic for the London Evening Standard, and is the proud author of If Voting Changed Anything, They’d Abolish It.

Since leaving the London Assembly Ken has written his memoirs and is an occasional host on LBC forming an unlikely partnership with former Conservative cabinet minister David Mellor. He’s also maintained links with the many charities, pressure groups and local organisations he has supported for many years.