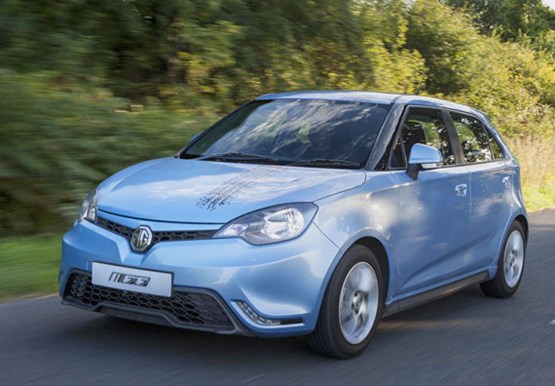 Anyone of a certain age will remember the last days of MG Rover: BMW ownership, the rise and fall of the Phoenix Four management team, the sadness and bitterness of the workforce and, not least of all, the network of dealers, many of which stood by the brand for as long as possible, until its final demise in 2005.

Now the brand is back, in Chinese ownership and with the benefit of considerable investment, which is leading to a slow roll-out of new vehicles.

Some elements are the same, such as the Longbridge headquarters – a spiritual home, of course, but also, today, a hotbed of manufacturing and design activity – and the emphasis on the brand’s Britishness, including the appearance of the Union Jack in some of the marketing. But new beginnings are also important, insist senior, UK-based directors.

As MG Motor makes its first appearance at the AM Awards as a sponsor, showcasing its latest model, the MG3, and the MG6 and meeting senior figures from dealer groups, its head of sales Sam Burton reveals his strategy for the brand.

MG’s heritage is undeniable, but in many people’s minds – particularly those dealers that remember the pain of the 1990s – the brand’s recent history is not something to dwell on.

However, Burton insists the brand is at the beginning of an evolutionary cycle: “This year, MG celebrates its 90th anniversary as a brand. But as a current business proposition to the motor industry we’re a company that doesn’t have a legacy to offer. We’re not able to say we’ve got a database of 100,000 customers out there and you’re guaranteed their business.”

There are thousands of current and former MG Rover owners in the UK, but their data was not part of the deal when the Chinese bought MG.

So, from a dealer point of view, MG’s current proposition is based on the ability and opportunity to attract customers. As a sales operation, it’s early days.

Where it differs from a completely new entrant to the market is there is a consumer awareness of the MG brand, both negative and positive. But with this awareness is the uncertainty about a company that ‘went under’ eight years ago.

“Consumers know it’s in foreign ownership, although one recently told me it was in Indian ownership. So there’s uncertainty in terms of it being here in another 10, 20 years’ time,” said Burton.

“When I talk to customers, it’s on the strength of the parent company, that it manufactured 4.5 million cars last year – which by my rough estimate is probably about 5% or 6% of global production – and how they are now 103rd in the Fortune 500 companies. It is financially very strong and stable.”

Backed by one of China’s ‘Big Four’

That parent company, SAIC Motor Corporation, is a Chinese state-owned vehicle manufacturer and is one of the country’s ‘big four’ carmakers. At 4.5m units, it was the largest producer of cars in 2012.