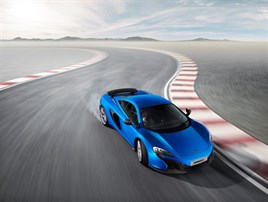 McLaren Automotive has released performance figures and pricing for the new 650S ahead of its global debut in Geneva.

Chief Executive Officer at McLaren Automotive, Mike Flewitt, commented: “Driving excitement is at the absolute heart of the McLaren 650S.

“Everything we’ve learnt from the 12C and the McLaren P1 has gone into this car.”